Even after human rights commission ordering the city police for ensuring protection to couples on Valentine's Day from Bajrang Dal activists, one such incident has now hit the headlines.
https://www.andhrawishesh.com/ 14 Feb, 2013 14 Feb, 2013 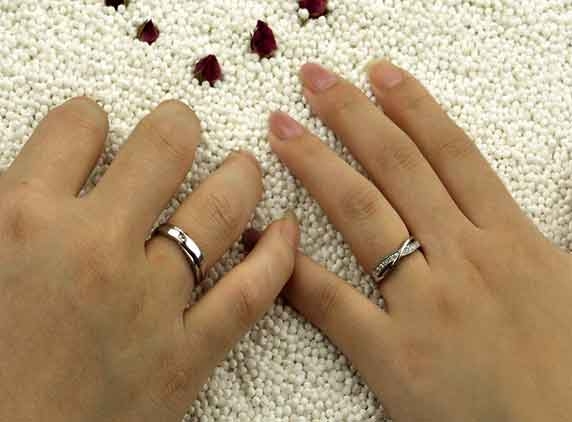 Even after human rights commission ordering the city police for ensuring protection to couples on Valentine's Day from Bajrang Dal activists, one such incident has now hit the headlines.

So, here goes the story. A couple (names not revealed respecting their privacy) as usually met outside today on the eve of Valentine's Day, which is being celebrated as a day to spread love. Every year it has more or less become a routine task for moral police to catch hold of the couple moving on roads and getting their wedding solemnized at the nearby temple.

This year too they warned couples not to come on to roads failing which they would be performing the marriages. In fact, Bajrang Dal's city president Mr Vinod Kumar yesterday told media that they asked city police not to grant any permission for V-Day celebrations.  He said that minors would be counseled while marriages would be performed if they were found majors. Had that counseling thing was applicable to everyone, it would have been better, observed many parents who said that they even don't want their wards to loaf around. When they do a mistake, we should correct them and give a chance to change themselves but performing their marriages would not only be spoiling their lives but also be shattering the dreams of the parents.

Andhra Wishesh found out certain legal experts whether this policy was good for which they said, loafing around in the name of love and then crossing boundaries set by parents was certainly bad. But performing marriages this way could have disastrous effects on the couple's life. Can they assure that they won't apply for divorce, questioned the legal experts.

Whatever it is, these incidents would only make youth to stay more alert and do things in more secrecy. It is the duty of everyone to ensure that youth doesn't take such routes. For the same, one needs to spread the ideas and ideologies of Swami Vivekanda and his message to the youth. Apart from this one should also be asked to think of parents. Awareness on AIDS should also be spread as a part of the same. It's only then we can see a change in the youth! 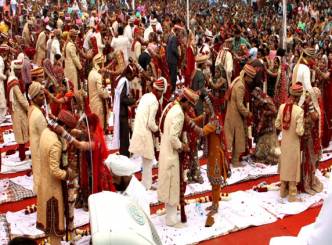 Over 2L marriages in 3 days!