Irrespective of the controversies that are haunting, self proclaimed godman Swamy Nithyanada.
https://www.andhrawishesh.com/ 14 Feb, 2013 14 Feb, 2013 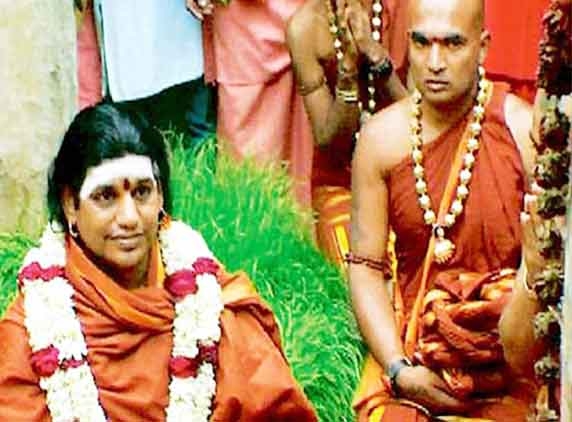 Irrespective of the controversies that are haunting, self proclaimed godman Swamy Nithyanada, a particular Hindu sect has conferred on him 'Maha  Mandaleswar.' The esteemed title was honored on him by the Naga Sadhus through their Maha Nirvani Akhara mutt .

The Hindu association’s head Swamy Viswa Devanand confirmed that the title was conferred due to the fact that Swamy Nithyananda had attended the various Khumbh Melas across the country. They said that the south seer was honored, at their camp in Allahabad during the Maha Khumbh mela.

Reacting to the various controversies, Akhara head informed that the title had nothing to do with his personal allegations. The Akharas only want to prove that seers from the south are also recognized by their mutt.

Not everyone seems to be happy with the decision. Swami Narendra Giri of the Niranjani Akhara felt that this title conferring had by-passed certain normality of the Akharas.

Under normal circumstances all the 13 Akharas must be present on such an event, which was not so in the present context. However he failed to comment on its validity.

The south pontiff was immersed in several controversies and unavailable for comments since sometime, after the Madurai Adheenam mutt affair. He emerged in the Maha Khumbh and stayed back for a fortnight at the mela. He is returning back after attending the Varanasi celebrations along with his large contingent of devotees.  (Wishesh AarKay)