As the announcement of the Congress is due on January 28 on the impending Telangana issue, there is a cold war prevailing between the both sides.
https://www.andhrawishesh.com/ 23 Jan, 2013 23 Jan, 2013 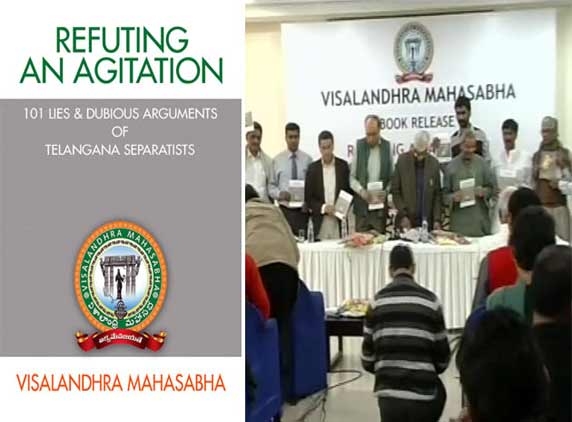 As the announcement of the Congress is due on January 28 on the impending Telangana issue, there is a cold war prevailing between the both sides. On one side T activists are going all out to get a nod for the separate state formation while the unified state activists are opposing the move altogether. In the recent move Seemandhra leaders who are voicing their opinion against the formation, organized a book launch event, in which they advocated the various flaws in the agitation.

Visalandhra Mahasabha released a book on Telangana, titled, 'Refuting an Agitation-Lies' with a tag line '101 lies & Dubious Arguments of Telangana Separatists.' The book was released in Delhi's Constitution Club on Tuesday (January 22). Former adviser to the Prime Minister Sanjay Baru released the book in a pomp fare attended by many seemandhra leaders. It was written by Nalamotu Chakravarthy, President of the association. At the launch Mr Baru admitted that he neither supported or opposed the content of the book, but affirmed that in  democratic India, everyone had the right to speak their opinion without triggering tension.

On the other hand, the association’s principal secretary Parakala Prabhakar who had attracted enough ire from pro-T activists due to his verbal onslaught on the agitation, revealed the details of the book.

Nearly 101 T worries were compiled in four sections like History, Financial, Political and Language. The writer had tried his best to address the various issues. The association also expressed that the agitation was politically motivated and not the need of the hour, through this book, claim critics.

Anyways even some leaders of the Seemandhra side met the Prime Minister in briefing him about the need for the state to remain unified. (Wishesh AarKay) 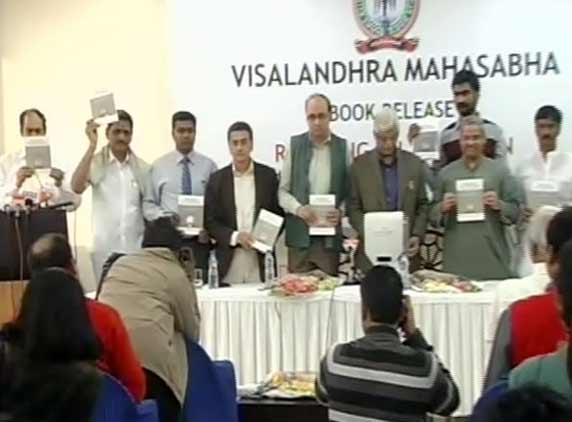