The Supreme Court issued notices to the AP High Court registry and the state government seeking replies on a petition that challenged the appointment of 18 district and sessions judges through a notification issued on Dec 22, 2011.
https://www.andhrawishesh.com/ 18 Feb, 2012 18 Feb, 2012 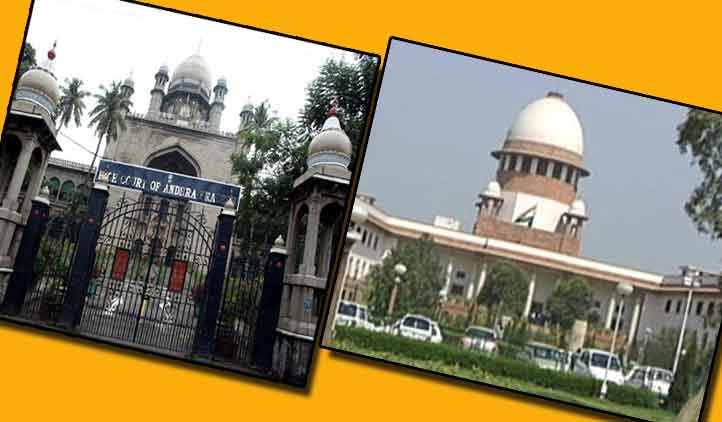 The Supreme Court issued notices to the AP High Court registry and the state government seeking replies on a petition that challenged the appointment of 18 district and sessions judges through a notification issued on Dec 22, 2011.

A division bench consisting of justices D K Jain and A R Dave also issued notice to the APPSC seeking its reply within four weeks.

The petition was filed by advocate Bavi Papi Reddy Barrenka, a candidate for a judge post in the physically-challenged category. Alleging irregularities in the appointment of judges, he sought quashing of the notification.

Papi Reddy alleged in his petition that the High Court released the list of successful candidates in the written test on Aug 8, 2011 and he along with 52 others passed the written examination.

The advocate claimed though he got the highest marks in the viva voce test later, he was not selected and instead another candidate who got lesser marks was selected.

Papi Reddy said the HC, despite having no authority to amend the selection process and appointment rules, had suggested amendment of the original rules. “The state government then issued an order, through GO number 132 on Nov 16, amending the rules by deleting the requirement of minimum qualifying marks for a viva voce,” he said.

The advocate had pointed out that viva voice is the only tool to know the verbal acumen and the rule that a candidate can be selected even without minimum qualifying marks in viva voice is unconstitutional. “The notification should therefore be quashed,” he sought in his petition. (JUBS)