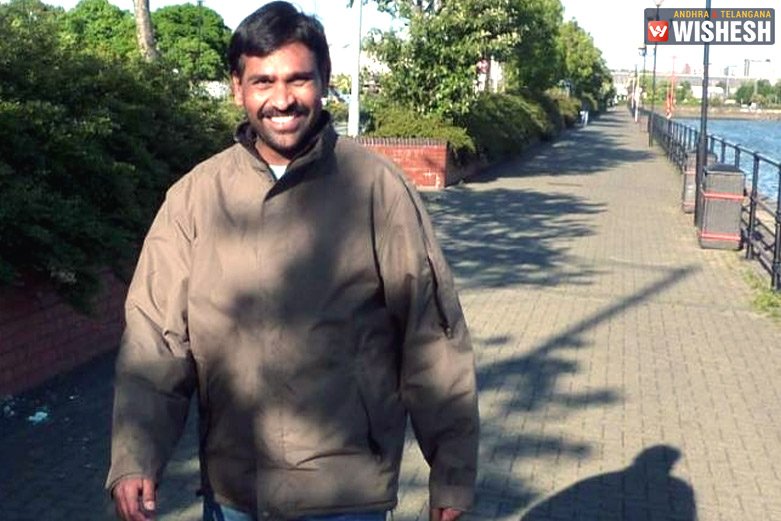 Telangana Man Dies In Road Accident In UK:- Sridhar Munnaluri, a native of Khammam succumbed to injuries after being knocked down by a taxi in Swindon of South West England on Saturday evening.

Sridhar, who completed his studies from Raichur, is survived by his wife and two young daughters aged five months and eight years. According to information available from local UK newspapers and social media, after the crash which occurred shortly before 8pm on Saturday, Sridhar was taken to Southmead Hospital’s Major Trauma Unit.

Pradeep Bharadwaj, chairman of the Swindon Hindu Temple broke the news on Tuesday. “It is with a very heavy heart that we announce the passing of one of our community members, Sridhar Munnaluri, who suffered fatal injuries on Saturday night in an accident involving a taxi in the town center,” Bharadwaj said.

Sridhar, who lived in Brunel Crescent, was a very religious Hindu, a fondly neighbor and one of the most adored local tennis club members, Bhardwaj said, adding that as a community, they were trying everything possible to help the family.

“Needless to say, the whole community is in shock and very anxious as it happened right in the heart of the town. We are in close contact with the police who are pursuing their investigation,” he said.

A fund raising campaign by the Swindon Hindu Temple Trust to help Sridhar’s family has raised £34,157 so far.