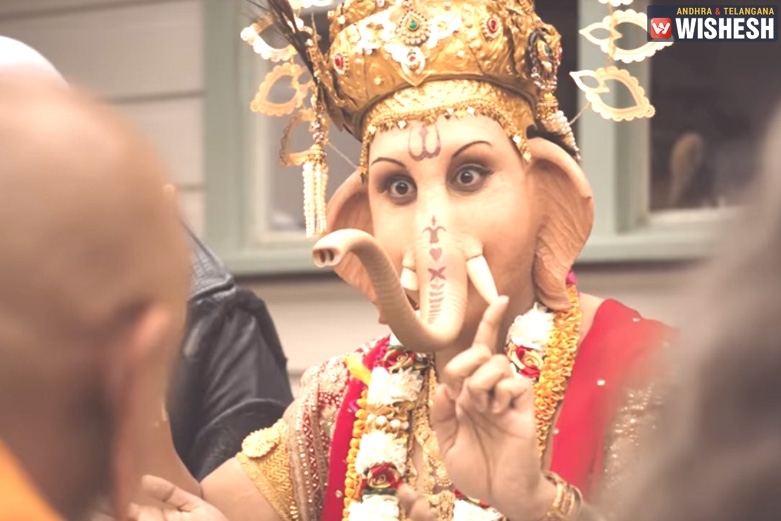 Hindu Community In Australia Protest Against Meat Ad Featuring Ganesha:- The Hindu community in Australia has been anguished by an advertisement featuring Hindu deity Lord Ganesha and other divinities.

The advertisement to promote meat consumption shows Ganesha, along with other deities including Jesus, Buddha, Thor and Zeus sitting around a dining table and feasting on Lamb meat. The ad says, “to lamb, the meat we can all eat.”

The immediate withdrawal of the ad was demanded by the Hindu community in Australia. The Indian Society of Western Australia spokesman Nitin Vashisht said that the Ganesha ad was ‘insensitive’.

“He is shown as eating lamb and looking for a new marketing strategy for himself. [That] is really very insensitive to the community,” a leading news channel quoted Vashisht as saying.

The Meat and Livestock Australia (MLA) ad has been created by the Monkeys and has been receiving backlash on the social media. Reports say the ad has been referred to the Australian Standards Bureau. However, the MLA Group Marketing Manager Andrew Howie defended the ad saying that people of all faiths can unite over a lamb. “We know that lamb has been the meat that brings everyone together for decades, and what better way to celebrate the product than over a modern spring barbecue,” Howie said.

He also added, “Our marketing aims to reach more consumers by making lamb more relevant to a diverse, modern Australia. This time around we are highlighting the diversity of religious beliefs, backgrounds and dietary requirements in modern Australia. Ultimately, our marketing activities are designed to showcase quality Australian lamb and return value to levy- payers by growing the demand for the product.”

(Video Source: We love our Lamb)