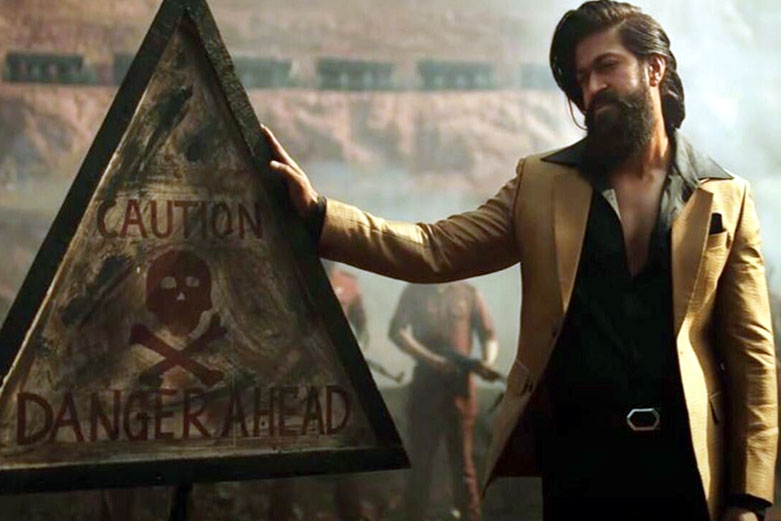 KGF: Chapter 2 is the story of Rocky Bhai (Yash) who takes over the Kolar Gold Fields and turns a dictator. He soon turns a national threat but continues to dominate. The first threat comes in the form of Adheera (Sanjay Dutt), the brother of Garuda. But Rocky Bhai bounces back soon. The next threat comes in the form of Ramika Sen (Raveena Tandon), the new Prime Minister of the country. The Army and Navy step out to assassinate Rocky Bhai and the rest of the film is all about what happens to Rocky Bhai and his lakhs of family who resides in KGF. Watch KGF: Chapter 2 to know about the entire story. 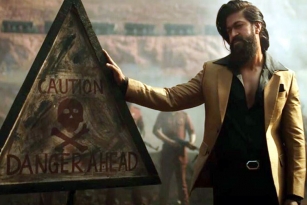 KGF: Chapter 2 keeps the audience high and is completely destructive. The film starts with the glimpse of what happened in the first part and how Rocky Bhai takes charge as the Sultan of KGF. The narration is top class and the action episodes are completely destructive. Rocky Bhai's character is well elevated and is narrated in detail. The emotional thread of Rocky Bhai and his mother is impressive. The pre-interval and the interval episodes are outstanding and they take the film to the next level. On the whole, the entire first half of KGF: Chapter 2 is impressive to the core and it keeps huge expectations for the second half of the film.

Yash stuns everyone as Rocky Bhai and he is the major highlight of the film. His attitude, body language, characterization and screen presence are a treat for the masses to watch. He is rocking throughout right from the action stunts to the emotional episodes. Srinidhi Shetty is good as Rocky Bhai's love interest and she stands by him throughout the film. Sanjay Dutt looks like a beast and roars loud in the role of Adheera. The supporting team of Rocky Bhai delivered their best. Raveena Tandon was just flawless and brought so much power for her episodes. Prakash Raj as Vijayedra is good and he narrates the entire story of Rocky Bhai. Rao Ramesh too is very good as a CBI Director who stages a hunt for the secrets of KGF. All the other actors did their parts well.

KGF: Chapter 2 is one of the best action entertainers in the recent times. The film is laced well with performances, action and a hard-hitting emotional drama. Don't miss it in theatres.