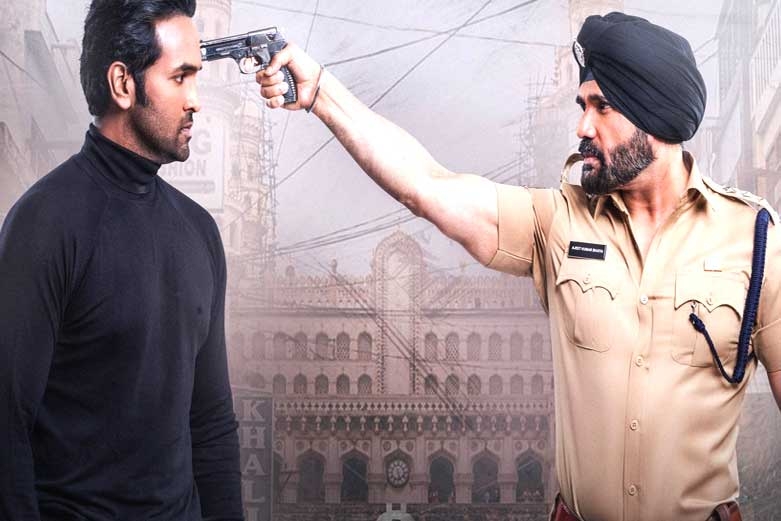 Mosagallu is the story of a brother and sister Arjun (Manchu Vishnu) and Anu (Kajal Aggarwal). They come from a middle-class family in Hyderabad and get cheated several times. Frustrated with their lives, they decide to earn a big amount on a new attempt and settle well in life. Arjun works in a USA-based Call Centre for his living and Anu is an Accountant. Arjun and Anu joins hands with Sandeep Reddy (Navdeep) and they plan a massive IT scam in USA. They dupe as Internal Revenue Service officials and earn big in no time. The rest of the story is all about what happens next when the Indian government comes to know about the biggest scam of the world. Watch Mosagallu to know about the story: 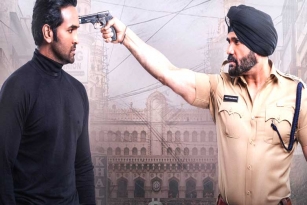 The first half of the film is focused much on establishing the characters. The narration looks slow paced and is not convincing at times. Vishnu, Kajal and the lead actors does justice for their roles. Mosagallu is filled with too many cinematic liberties and some of the episodes are rushed. Most of the logics are left behind and the interval episodes are good. A bunch of actors are picked up for roles that have no prominence. On the whole, the first half of Mosagallu is ok.

Manchu Vishnu is returning back to mainstream cinema after a while with Mosagallu. The actor looks perfect in the role of Arjun and he picks up a role that drives the film completely. Kajal Aggarwal looks dazzling in the role of Anu as Manchu Vishnu and she looks good in the meaty role assigned. Navdeep gets a tailor made role and he shines well in the assigned role. Naveen Chandra does one more impressive role and he performs well. Suniel Shetty's role makes no impact and he is wasted. All the other actors did their part well.

Mosagallu is based on the Rs 2600 crores scam that took place in a Mumbai based call centre. The plot looks good but the narration is poor and misses many logics. Too many cinematic liberties spoil the flow and the mood of the film. The dialogues are good and the screenplay should have been gripping enough. The cinematography work and the background score are good. The background score elevates the last 20 minutes of the film. The production values are grand enough. The editing work fails badly. Director fails to bring out the curiosity for the crucial scam episodes which are narrated on a lighter note.

Mosagallu is a mixed bag as it has several good moments and bad episodes. The last 20 minutes is convincing and can be given a watch once.