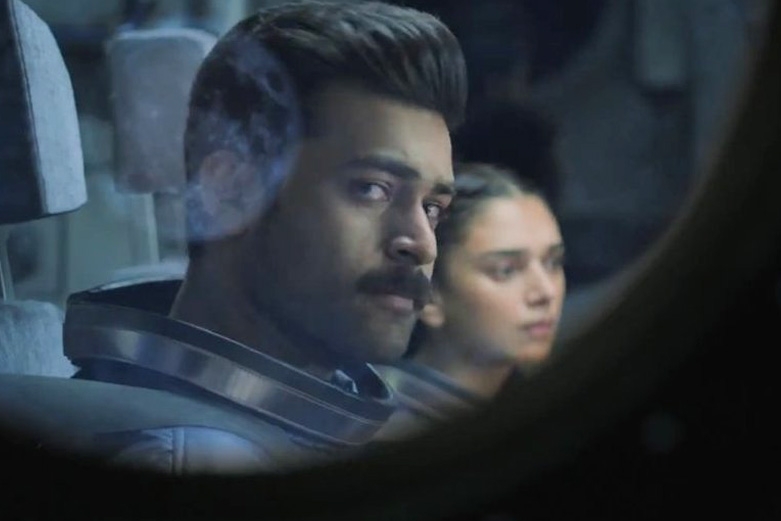 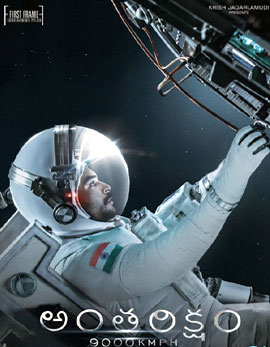 Dev (Varun Tej) is sincere at heart person who has sound knowledge on dealing with satellites. He falls in love with Parvathi (Lavanya Tripathi) and things change soon after which Dev calls his job a quit. A satellite named Mihira misses trace after which the crew wants back and brings Dev on board. Dev along with Riya (Aditi Rao Hydari) and their team moves to space to fix the issue. The rest of Anthariksham 9000 kmph is all about what happens next and Dev's dream of Viprayan. Watch Anthariksham 9000 kmph to know about the rest. 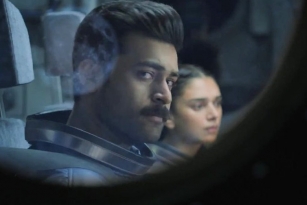 Anthariksham 9000 kmph starts on a decent note narrating about Dev and his story. The film has a beautiful flashback thought it looks slow paced. The songs, visuals and the VFX work throughout the film stands out. Varun Tej looks simple and decent in the assignment. Anthariksham 9000 kmph witnesses several ups and downs. The first half of the film ends up on a decent note and the interval episodes elevate the film well and keeps the audience curious waiting for the second half.

Anthariksham 9000 kmph focuses more on space and the narration turns slow. Though some of the episodes work out, most of them make the audience puzzled. The slow paced narration and lack of entertainment makes the film fall flat below the expectations. The last twenty minutes of the film has been engaging and ends up on a decent note. The second half has mixed faces and will appeal to a limited section of audience.

Varun Tej tops the show and he carries the entire film on his shoulders. The actor looks uber cool and showcases several variations throughout the film as Dev. His love story with Lavanya Tripathi has been a fresh breath and the actress has been completely fit in the assignment. Aditi Rao Hydari looks good as an astronaut and she supported the film well. All the other actors Rahman, Srinivas Avasarala, Satyadev have been good in their roles and did with perfection.

Anthariksham 9000 kmph has a unique plot and the screenplay, dialogues look decent and they never went over board. The visuals and the VFX work stands out. The cinematography work and the background score elevates the film well. The production values have been grand and lavish. Sankalp Reddy should be appreciated for one more unique attempt but the film will not cater to all the sections.

Varun Tej and his team steps out with one more decent attempt with Anthariksham 9000 kmph which makes a decent one time watch.