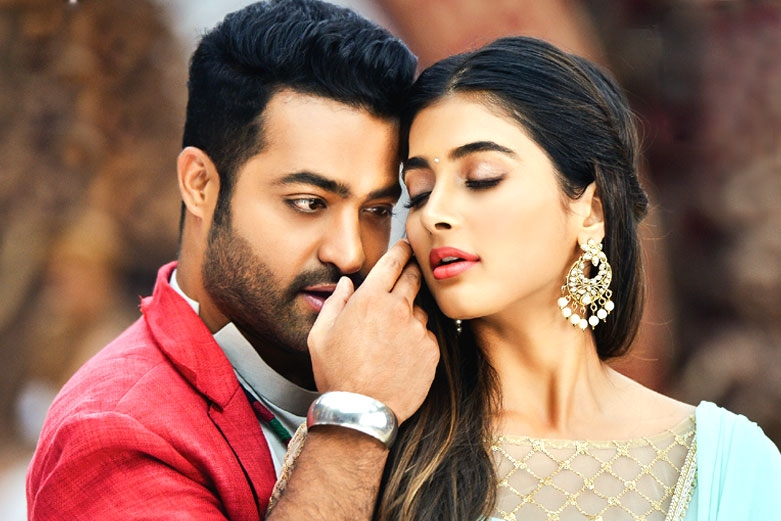 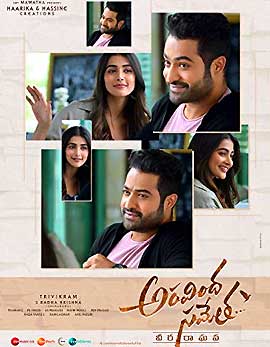 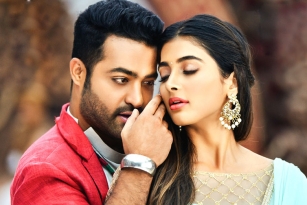 Aravindha Sametha Veera Raghava opens with a bang with high voltage action episodes. The narration looks perfect and the film shifts towards city later. The film looks entertaining and fresh bringing up the action part at times. The songs have been decent and it is NTR's performance that elevates the film. The interval episodes make the film look decent and the first half of Aravindha Sametha Veera Raghava looks impressive.

NTR looks stylish, rugged and powerful in the assigned role and he did it with utmost perfection. He looked deadly in the action episodes and his performance elevated the emotional drama well. Pooja Hegde has been decent and she has been presented well. The episodes between NTR and Pooja Hegde came out really well. Sunil has been supportive enough and will be seen throughout the film. Jagapathi Babu is a treat to watch and assigned a powerful role. Naga Babu will be seen in Devayani, Naresh and all the other actors performed well.

Aravindha Sametha Veera Raghava has a decent plot. The writing has been good and the screenplay should have been better. The music and the background score are a treat. The cinematography work will be widely appreciated and the editing should has been better. The production values have been grand and Trivikram delivers out a decent product through Aravindha Sametha Veera Raghava.

NTR and the other lead actors lives up the expectations with their performances which make Aravindha Sametha Veera Raghava a decent one time watch.