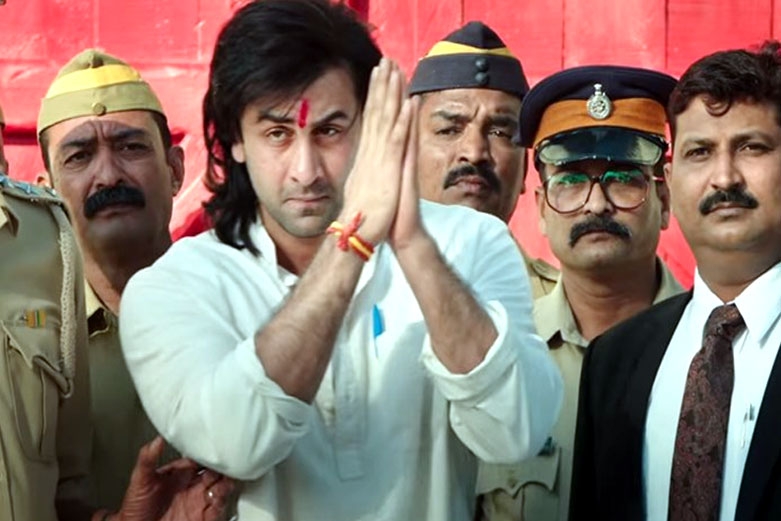 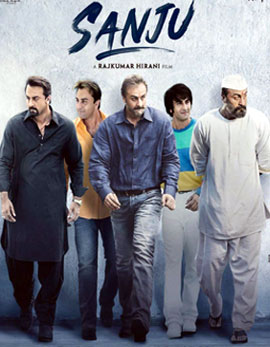 Sanju is all about the life story of Bollywood actor Sanjay Dutt. The film starts with Sanju (Ranbir Kapoor) out on parole for possessing illegal arms. It is during this time, Sanju and his wife Maanyatha (Dia Mirza) starts their hunt and finds Winnie (Anushka Sharma), a renowned biographer to pen Sanju's biopic. The rest of Sanju is all about the life story of Sanju and the impact of Sunil Dutt (Paresh Rawal) and Kamlesh Kanhaiyalal Kapasi (Vicky Kaushal) in his life. Sanju narrates the controversies, ups and downs in his life. Watch the film to know about the complete story of the Bollywood Superstar. 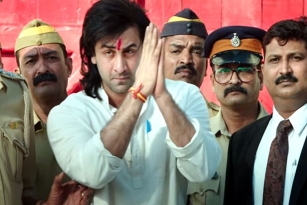 Sanju starts on an interesting note and it is a winner all the way. Ranbir Kapoor's transformation will sure leave everyone in surprise and the narration has been outstanding. Each and every actor picked have been apt and they delivered their best works till date. Paresh Rawal has been subtle and has been a huge support for the movie. The first half of Sanju will leave the audience in heaps of surprise and Ranbir Kapoor's performance will leave on speechless.

The second half of Sanju explains the most crucial phase of Sanjay Dutt. All the controversies, struggles, comeback of Sanju into mainstream cinema along with other aspects have been well explained. The emotional drama will sure make you weep and the real facts have been well narrated. The songs have been placed well and the climax episodes have been outstanding. On the whole, the second half lives up the expectations despite of the slow pace.

Ranbir Kapoor proved his mettle years ago and he proved once again that he is a brilliant performer and he just needs a good script, challenging role and a perfect filmmaker. He has been outstanding in the assigned role and delivered out his best. Sanju is the best work of Sanjay Dutt till date. Paresh Rawal has been exceptional and is a pillar for the film. He has been subtle and keeps the audience engaging with his performance. Vicky Kaushal, Anushka Sharma, Dia Mirza and Manisha Koirala delivered out their best for the movie.

Sanju has been penned based on the crucial instances of Sanjay Dutt in his life. The actor's ups and downs have been well presented and the dialogues have been realistic. The songs have been well indulged in the story and they have been placed well. The background score has been simple and suited the mood well. The cinematography, production values, editing have been quite supportive. Rajkumar Hirani who has been named as the master story teller steps out with one more masterpiece Sanju.

Ranbir Kapoor surprises and blows your mind with his stupendous performance throughout in Sanju which is a film that should not be missed. Rajkumar Hirani keeps the bars high and lives up the expectations with his presentation. 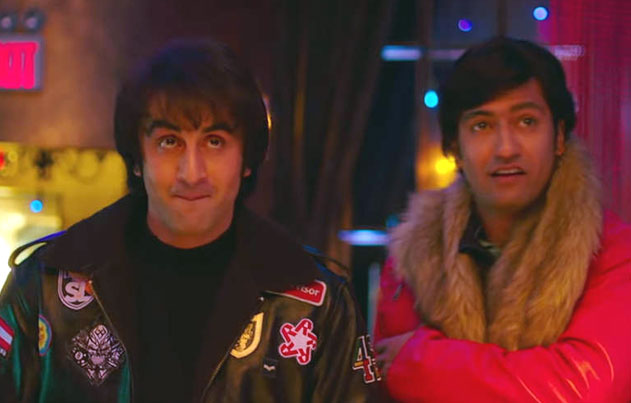 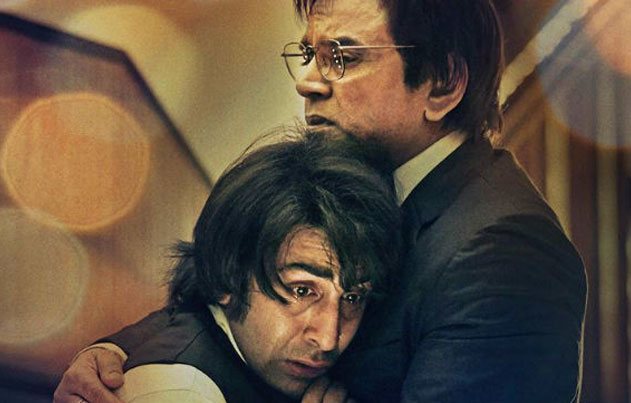 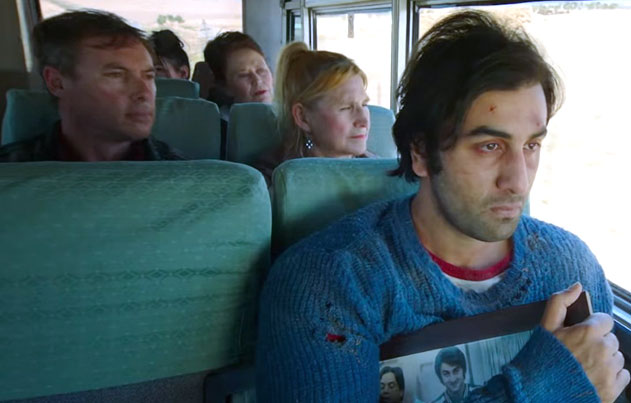 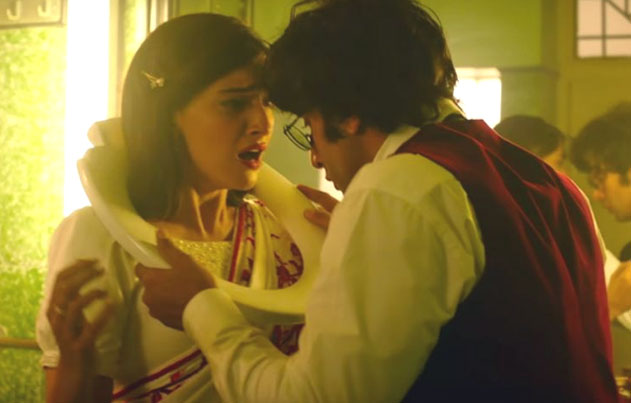 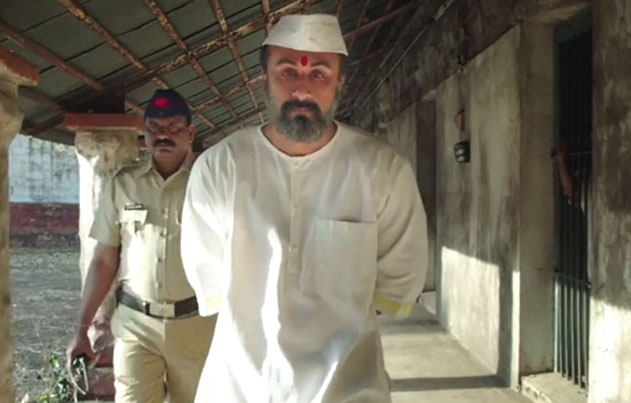 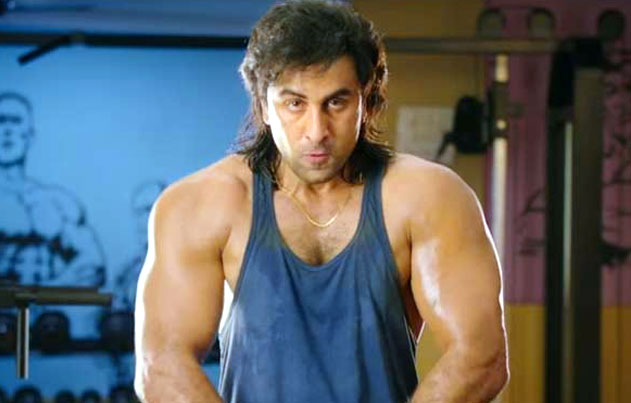 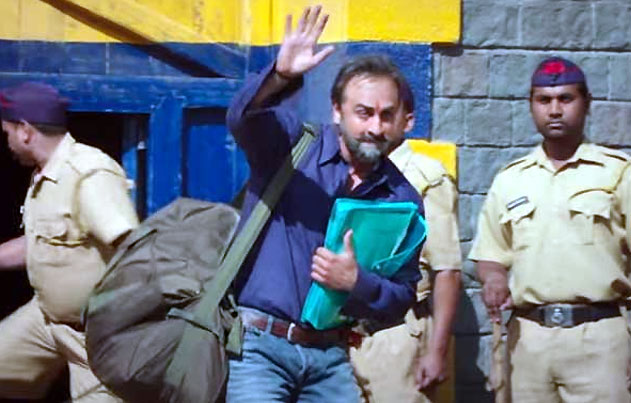