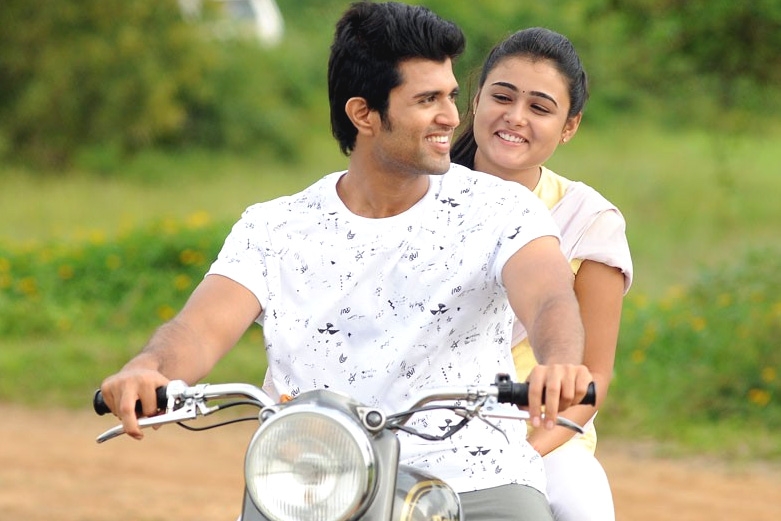 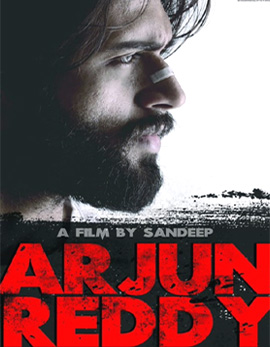 Arjun Reddy is the story of a medico Arjun Reddy (Vijay Devarakonda) who is short tempered and stays in news because of his kickass attitude. He is the topper of the university and falls in love with his junior Preethi (Pallavi Shetty). Very soon the duo starts an intimate relationship and one fine day Preethi’s father opposes it. Things change completely after Preethi has been forced to get married by her father and Arjun Reddy gets addicted to alcohol and drugs. The rest of Arjun Reddy is all about what happens next and how he bounces back from the tragedy that happens in his life. 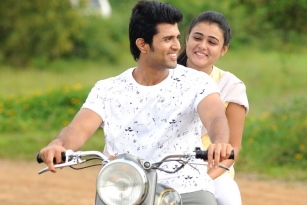 Arjun Reddy has been packed with back to back high voltage episodes that completely elevate the character of the lead actor. Ever since the heroine makes her entry, the dose of romance comes up. The songs have been well shot and placed well. Though Arjun Reddy is a known story, the strong and loud presentation makes the first half of the film a decent watch. Some of the episodes look repeated and dragged. Vijay Devarakonda nails it with his impeccable performance throughout the film.

After the first half of Arjun Reddy makes a strong impact, the second half has been completely focused on the struggle that Arjun Reddy faces reminding him about the beautiful moments that happen during his college days. The way alcohol and drugs can shatter one’s life have been well showcased and Vijay Devarakonda once again leads the show with his flawless and packed performance. The last half an hour of Arjun Reddy dips down completely however the film will sure relate to most of the youth though it will not appeal to family crowds.

Vijay Devarakonda is sure here to stay and he packs a punch with loud, flawless and stupendous performance throughout the film. The actor has been outstanding in most of the episodes and he strikes hard all over. Shalini Shetty has a decent role and she essays with perfection. She looked matured in the emotional episodes. Rahul Ramakrishna is a gem of an actor and he dominated the film throughout with his dialogue diction. Kanchana, Sanjay Swaroop and Kamal Kamaraju have been extremely impressive with their assignments in Arjun Reddy.

The story of Arjun Reddy has been inspired by some real moments and it is the screenplay, dialogues that make a strong and wide impact. The music and the background score have been extremely impressive and they elevated the film well. The cinematography looks packed and some of the episodes have been showcased with perfection. The editing should have been better and over half an hour of Arjun Reddy could have been chopped off. The production values look decent and Sandeep Vanga makes a strong impact with his debut film.

Arjun Reddy is intense, loud, realistic, strikes hard and breaks your emotions. Vijay Devarakonda and his team top the show with their packed performances however Arjun Reddy is not a film for everyone.