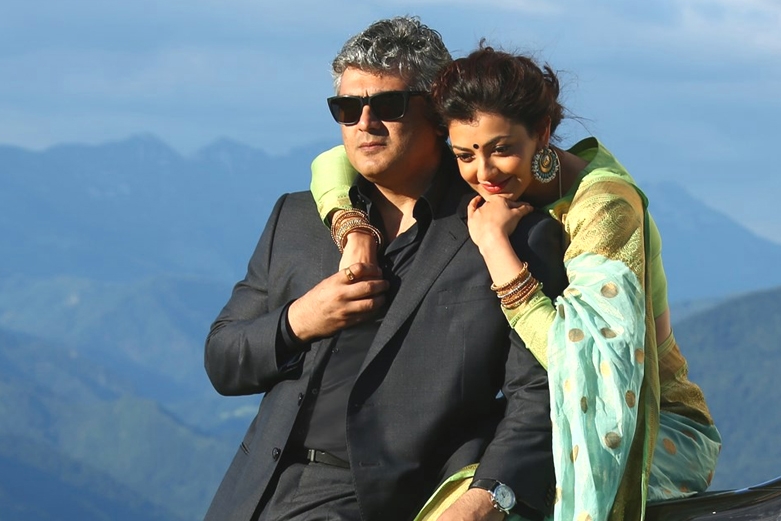 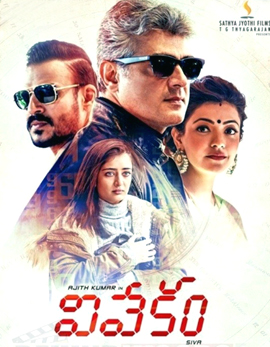 Vivekam is all about a government spy agent AK (Ajith Kumar) who is honest and dedicated. Everyone including his superiors respects him. But a criminal plot alters his life and he joins the list of the most wanted terrorist. He steps away that he struggles hard to contact his wife Yazhini (Kajal Agarwal). The rest of the Vivekam is all about how AK bounces back by making it big against Aryan Singha (Vivek Oberoi). Watch the film to know about the entire plot. 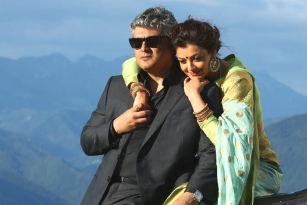 Vivekam has a sleak plot and it makes no difference. The movie has been banked on Ajith, his performance and the loud action episodes that rush throughout. The entire first half of Vivekam has been packed with action episodes and most of them make no impact. The songs have been decent and the locations make the film look grand. The interval bang makes enough impact and on the whole the first half of Vivekam is a treat for Thala fans.

Ajith leads the show with his stupendous screen presence and packed performance throughout. He has been exceptional in the action episodes and emotional scenes throughout the film. There are plenty of moments which reveal Ajith’s hardwork towards cinema. Kajal Agarwal has a short and meaty role assigned and she excelled in the assigned role. Vivek Oberoi has been a perfect choice for the lead antagonist and he shined with perfection. All the other actors have been decent.

The story of Vivekam has nothing new and interesting to reveal and it reminds us about many Hollywood spy thrillers. The screenplay looks interesting at times and some of the dialogues sounded meaningful. The music and the background score have been decent and what makes the film look rich is the stupendous cinematography work. The production works make the film grand which is sure a treat for the audience. Siva works hard to impress Ajith’s fans but it is the weak plot which makes the film look pretty ordinary.

Vivekam is strictly Ajith’s one man show and is a treat for his fans. Dragged and distracted second half makes Vivekam a one time watch.