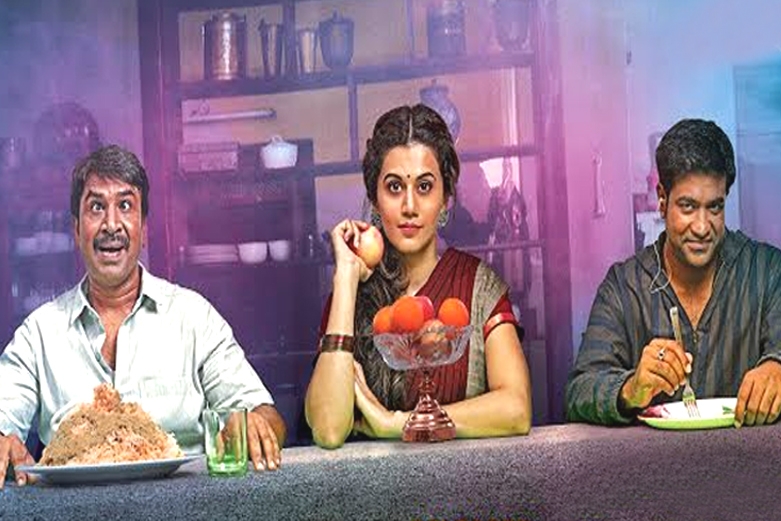 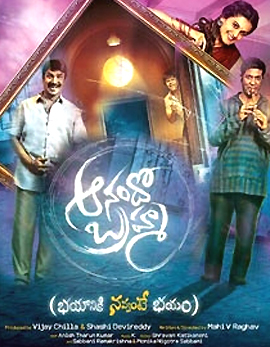 Anando Brahma is all about NRI Raju (Rajeev Kanakala) plans to sell his ancestral home in the city after the death of his parents. An agent (Raja Ravindra) who turns greedy spreads rumors that the house has been haunted and has ghosts. With no buyers showing interest, Raju brings a batch of four (Sreenivas Reddy, Shakalaka Shankar, Vennela Kishore and Taagubothu Ramesh) who will be asked to stay in the haunted house for three days. The rest of the film is all about where Taapsee falls in this process and what happens next. Watch Anando Brahma to know about the complete story. 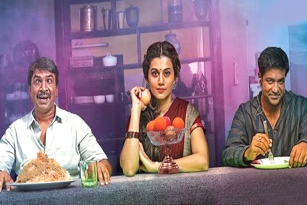 Anando Brahma has an interesting plot and the director surprises the audience with an early twist. However in the process of introducing the characters, the film dips down and looks quite slow. The movie picks back before the pre-interval episodes and manages to stand strong. The entertainment has been completely fresh and the way the lead characters have been introduced takes the film to a new level. On the whole the first half of Anando Brahma has been passable and impressive.

The crucial second half has been handled pretty well by the director. The rib tickling entertainment throughout the second half is a huge asset for the film and it carries the film well. The comedy looks natural and the episodes never look like they have been indulged into the movie. The film turns serious during the pre-climax episodes however the climax of the film is not convincing. On the whole the second half of the film has been completely convincing except the climax.

Taapsee carried the film well in the interesting assigned role in the film. She has been dedicated and did the role with perfection. Sreenivas Reddy who has been blessed with a typical comic timing manages so many laughs throughout. His innocence has been showcased well. Shakalaka Shankar has been highly successful in imitating the celebrities with his performance. Vennela Kishore suffers with night blindness and he has been hilarious. Taaguboth Ramesh nailed it as usual and all others have been decent.

The story of Anando Brahma has been decent and it has been inspired from various Hollywood films. The screenplay and the dialogues are the major assets for the movie. The movie has no songs and the background score looks apt. The editing has been crisp and the production values look adequate. Mahi V Raghav has been completely successful in his second attempt.