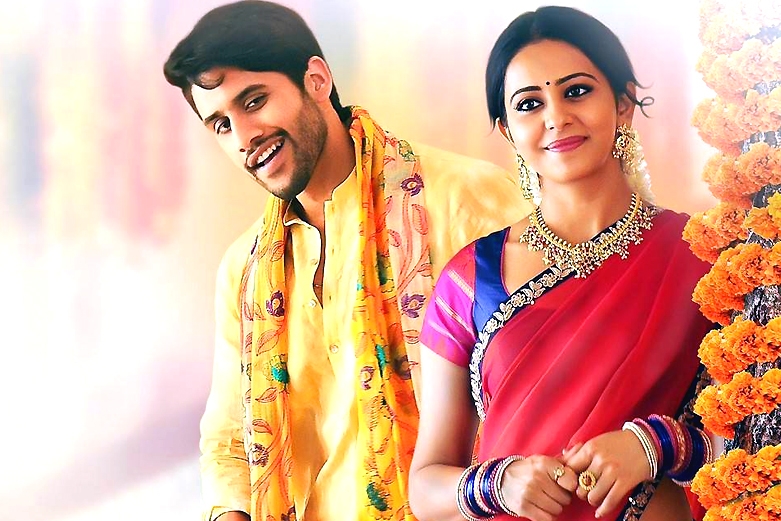 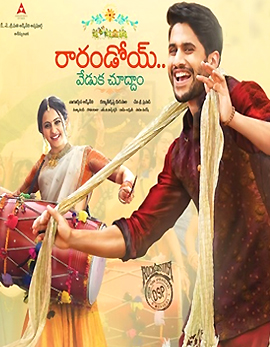 Rarandoi Veduka Chuddam is the story of Shiva (Naga Chaitanya) from Vizag who visits a village for his cousin’s marriage. It was during this time he meets Bramaramba (Rakul Preet Singh), a typical and traditional village based girl after which he falls for her. The duo bonds together after Bramaramba shifts to Vizag for her MBA. Rarandoi Veduka Chuddam is all about their families which change their fate and it is all about how Shiva and Bramaramba bring back the happiness by uniting them. Watch the film to know about the rest of the film.

The film helmed by Kalyan Krishna, has been certified with a “U” rating and is all set to hit the screens on May 26. Rarandoi Veduka Chuddam has been produced by Annapurna Studios.

Jagapathi Babu and Sampath will be seen as Chay and Rakul’s fathers, respectively. Nagarjuna has ensured a custom-made project for the young Akkineni hero, and thanks to his father.
Going by his sense of judgment, this summer is going to see a beautiful “relationships-based” family entertainer.

After being part of modern day romances like Yem Maaya Chesaave and the telugu remake of Premam, the Akkineni lad has gone in for a massy typical role.

This film “Rarandoi Veduka Chuddam” is not only a love story but also a family entertainer. There is a little bit for everybody. This movie is a fusion of two families and when two families get together, it definitely has got to be fun !

So, it is love story, a family drama and there is also some action to look forward to. Tollywood is waiting with fingers crossed for the Movie Review And Rating of the film Rarandoi Veduka Chuddam.

The music of the film is composed by Devi Sri Prasad. 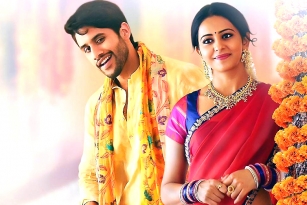 Rarandoi Veduka Chuddam has a huge list of actors throughout and unfortunately most of them have been wasted without some promising assignments. The story has been completely old fashioned however it is the performances by the lead actors which make the film passable. The songs have been the major assets of Rarandoi Veduka Chuddam and an interesting interval episode make the first half end on a decent note. However the film misses the much needed soul right from the first frame.

The second half of Rarandoi Veduka Chuddam misses the magic of a family entertainer which the audience expects from the film. Rakul Preet Singh steps out with her best till date as Bramaramba and most of the episodes have been predictable and dragged. Once again the songs have been shot well and every frame in the film looks colourful. Thanks to Annapurna Studios for the grand production values. The pre-climax episodes look hurried and the climax ends up on a predictable note. On the whole the second half of Rarandoi Veduka Chuddam offers nothing much.

Naga Chaitanya looks extremely energetic and performed matured enough in the film. His stunning screen presence is sure an asset and he steals the show with his flawless performance. As mentioned earlier, Rakul Preet Singh delivers out her best in the movie and she has been presented in a new look completely. Jagapathi Babu has been extremely powerful and his character has been packed with emotions in the film. Sampath Raj as earlier delivers out his best. All the other actors did justice to their assignments. Vennela Kishore and his hilarious comic timing is an additional asset for the film.

The story lacks interest as it looks outdated and it has been picked up from family entertainers like Ninne Pelladatha and Murari. The screenplay has been decent and the dialogues look ok. The music and the background score are the major highlights of Rarandoi Veduka Chuddam. The cinematography is an asset and the production values make the film grand. The editing has been decent and Kalyan Krishna should have worked on the script for a decent output.

Naga Chaitanya and Rakul Preet Singh lead the show with their stupendous performances, but unfortunately the lean plot and the outdated narration restrict Rarandoi Veduka Chuddam to end up as an average grosser.