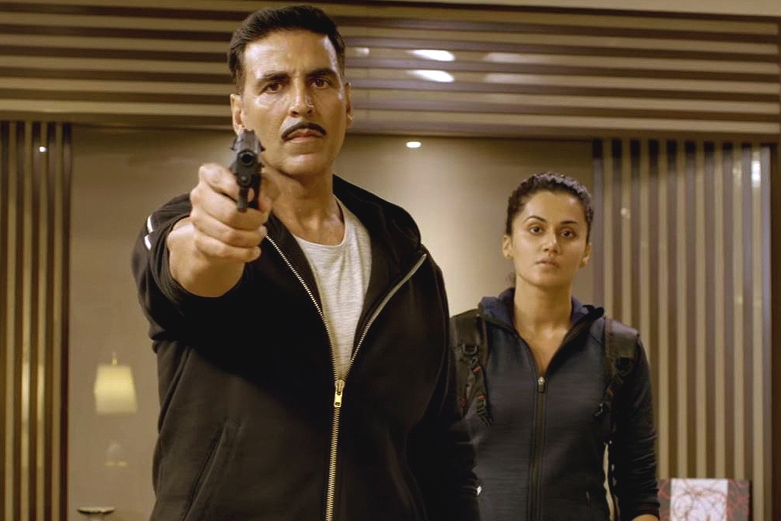 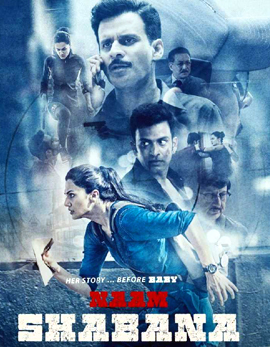 Naam Shabana starts with two Indian agents being killed in Austria by Mikhail a mafia don. Shabana (Taapsee) who is on a date with her boyfriend Jay (Taher Shabbir) undergoes an eve-teasing incident that ends up in the death of Jay by the eve-teasers. It is during this time she will be approached by secret agents and she gives her nod to an operation. Succeeding at her first task in eliminating Jay’s killers, she is soon sent out for another mission involving Tony (Prithviraj Sukumaran). The rest of the film is all about what happens next. 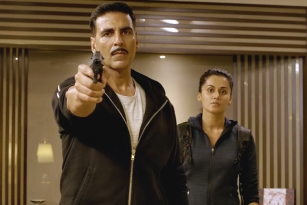 The second half of Naam Shabana lacks interesting narration and it is the screenplay which makes the film let down. The movie’s major plot looks deviated and the introduction of many unwanted characters spoil the film’s flow. The pre-climax episodes make the film interesting however a simple climax makes the film end up on an average note. The performances by the lead actors are the major highlights of Naam Shabana.

Taapsee Pannu has been impressive in the assigned role as Shabana. She has been shocking energetic and shined with perfection throughout the film. She has been exceptional in the action episodes and she steals the show. She is sure to get many such bold roles in the coming days and Taapsee is here to stay. Manoj Bajpayee has been quite supportive and he has been perfect and apt in his assigned role. Akshay Kumar in the extended cameo of Baby has been decent and he hits hard with a cameo. Anupham Kher and Prithviraj have been decent in their assignments.

The story of the film seems to be clichéd and lacks an interesting reason for things to happen. The screenplay looks outdated and is not gripping enough. The dialogues have been decent and they suit the film well. The music has been ok and the background score looks elevating. The cinematography and the production values are the major highlights of the film.

Taapsee Pannu steals the show with her flawless performance in Naam Shabana which can be given a shot for the interesting story and some packed action episodes along with the performances by the leads.