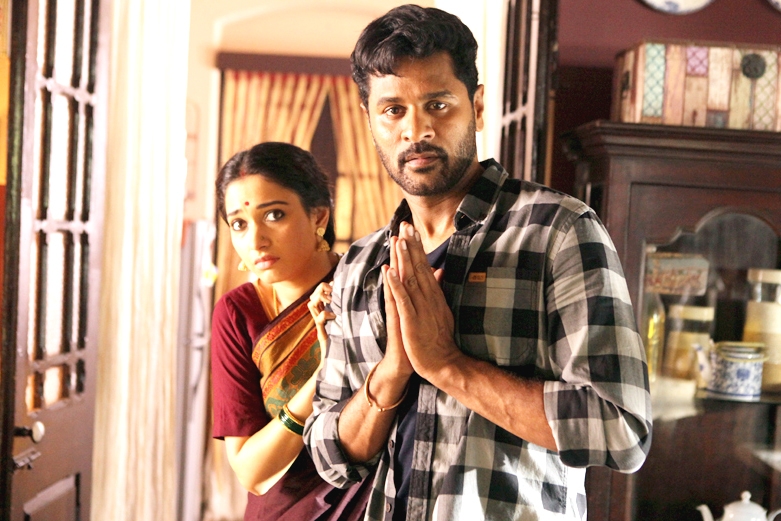 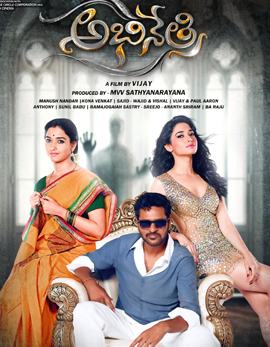 The movie starts off with a flashback showing Krishna (Prabhu Deva) working with a Mumbai corporate. His ambition is to marry an English speaking westernized girl as he feels that it would give him a higher social standing given his village background. But he gets married to Devi (Tamannah) while on a visit to his village due to family pressures. He makes all attempts to hide his marriage when he returns to Mumbai with Devi and this includes moving into an old apartment and trying to convince Devi to go back to the village. Things change hugely once Krishna and Devi settle into the apartment with Devi behaving like a different person altogether.

Soon enough, she attracts the attention of Raj (Sonu Sood), a huge film star, who signs her up for his next film. In parallel, Krishna figures out that Ruby, the previous occupant of the apartment had committed suicide and has now possessed Devi. What will happen to Devi and her film ? Will Raj realize that Devi is possessed ? The answers to these questions are what the rest of Abhinetri is all about. 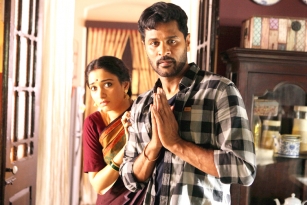 The movie revolves around a simple story while other elements were in good doses and may work out well at the Box Office. It is a simple narrated story with a predictable second half. Hard work of Tammanah and Prabhu Deva were evident on screen.

The movie is entertaining in bits and will keep you engaged till the end. So, this can be on your list to watch this weekend.

It is so good to see Prabhu Deva back as hero on screen after a long time. He sizzles in his role as a helpless husband. The way he keeps negotiating with the ghost and the way he tries to keep sonu away from tamanna is too good. His dance is top notch and mind blowing as always. Tamannaah did full justice to her role. Saptagiri plays out his comic act well as Prabhu’s friend. He gets complete laughts from audience. Amy Jackson just sizzles for one song. Farah Khan’s cameo also bites the dust as the dubbing never synchronized.

Abhinetri has a decent plot and good one time watch movie.