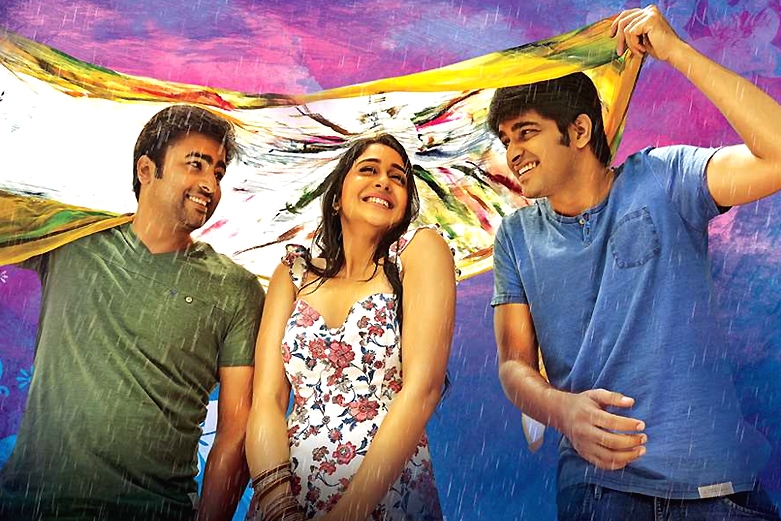 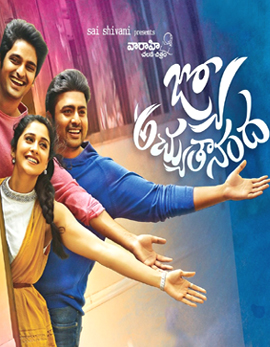 Jyo Achyutananda is the story of two brothers Achyut (Nara Rohit) and Anand (Naga Shourya) who get impressed for a girl named Jyosthna (Regina) who happens to be their tenant. The brothers fall for her and they try hard to impress her. It is during this time, Jyosthna moves to USA for her further studies. The brothers get married and lead a stable life after which Jyosthna makes her comeback. Watch the film to know rest of the story. 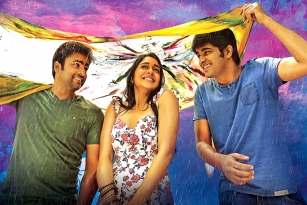 The second half of the movie too maintains the momentum during the first half an hour. However the film dips down gradually because of the dragged episodes and the unwanted scenes in Jyo Achyutananda. The songs have been decent and the pre-climax episodes turn out interesting. The climax makes a strong back making the film end up impressive.

Nara Rohit looks stout enough throughout the movie however he has been outstanding throughout. He excelled in the emotional scenes and Naga Shourya has been the major asset for the film. He has been impressive throughout the film. Regina Cassandra is an asset for the film and she has been the perfect choice for the role of Jyosthna. She excelled with her stupendous performance and her expressions have been top notch. All the other actors have been decent with their performances.

The movie has impressing plot and worth watching.