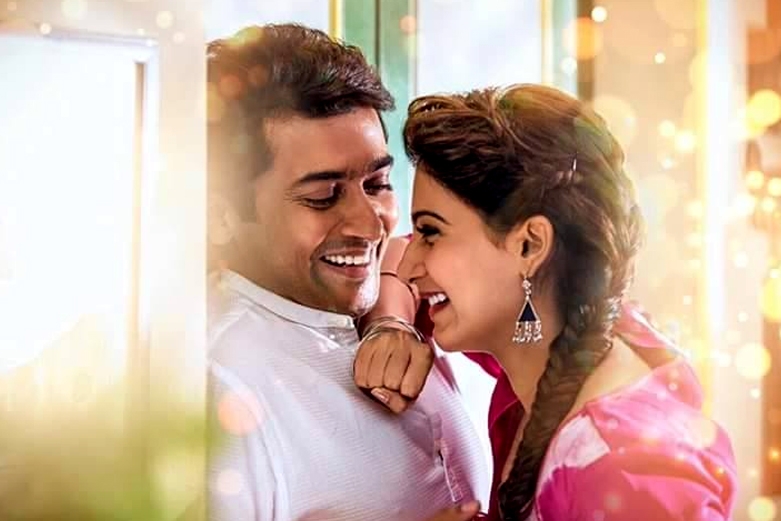 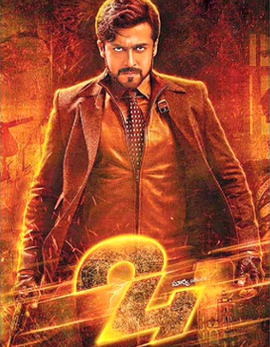 Mani (Suriya), a watch mechanic falls in love with Satya (Samantha), a student. One day Mani gets the key for a box that he owns from the past 26 years. After opening the box, he finds a watch which can travel according to the requirement.

After this, he comes to know about Athreya (Suriya) and Sethuraman (Suriya). The rest of 24 is, how Mani, Athreya and Sethuraman are inter-related to each other. 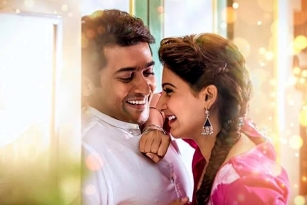 24’s first half has been exceptional well structured. Well written and well narrated movie goes for a thumbs up. The love story has been pleasant and the action episodes have been fearless. The interval episodes leave a strong impact on the audience eagerly waiting for the second half to start. On the whole, the complete first half is a treat for the audience.

Coming to the second half, it carries the same pace like the first one and all the questions raised in the audience minds, are answered well with convincing justifications. The pre-climax episodes along with the climax, takes the film to the next level. On the whole the second half has been executed with perfection and ends up on a highly impressive note.

Suriya excelled in all the three characters and undoubtedly he is the show stealer. His ease on acting can be felt through all the three roles in the film. Samantha has a significant role, which is elevated by the actress well. Even, Nithya Menen, Girish Karnad, Ajay and Saranya shined in their roles. All the other actors have been decent.

The story of the movie has a lot of uniqueness. The screenplay and the narration has been outstanding throughout. The music and the background score have been apt and elevated the film well. The cinematography is the major asset of 24 and the production values have been grand enough. Vikram Kumar’s extraordinary direction abilities can be felt, in every single scene in the film.

A perfectly written and well executed sci fi thriller-24 is a must watchable movie for this Summer.