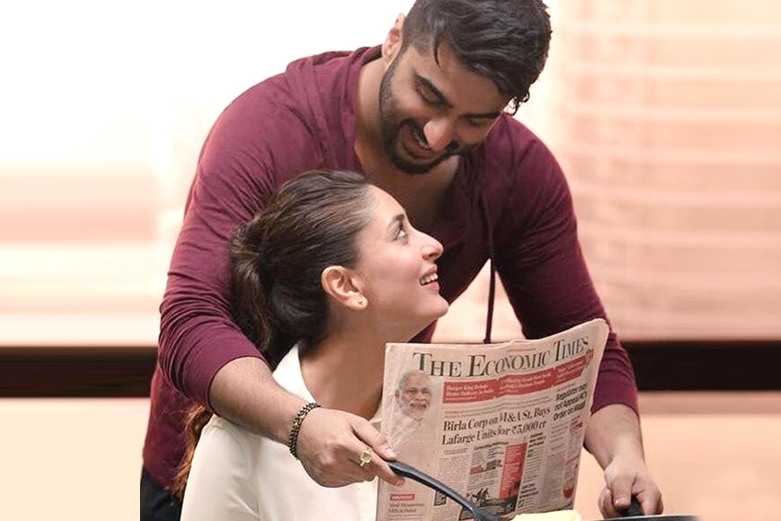 Get the first Ki & Ka Movie Review and Rating here ! Ki & Ka Movie all set to go on 01 April, here is the Movie Review by Andhrawishesh. The lead cast are Kareena Kapoor and Arjun Kapoor Product #: 53887 2.5 stars, based on 1 reviews
X 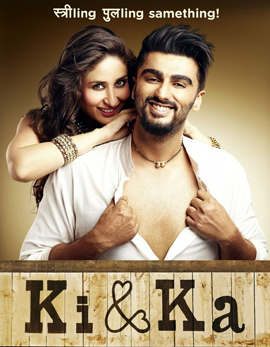 Kia (Kareena Kapoor), aspires to become CEO of a company. She is busy with her own work and hates depending on men and so plans to live as an independant woman.
On the other side, Kabir (Arjun Kapoor), the son of a reputed businessman, has no interest in business or his father’s monetary legacy. Being fond of his late mother, Kabir wants to live like her, taking care of household activities. He is against wasting life in the name of career. These mentalities of Ki and Ka, made the duo connect well in short time and get married.

Kabir then takes the household responsibilities and Kia moves forward with her corporate dream. But this lifestyle brings them several hurdles between the duo. What are those and how did they overcome? The answers for these questions forms the rest of the story. 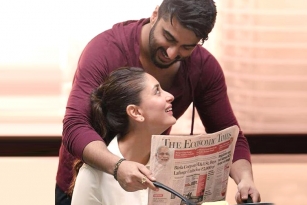 Script is the major disappointment of Ki and Ka. Thought the start is good, the connection between Ki and Ka was hurried. The couple’s married life and adjustments, however, are narrated well, thus giving thorough entertainment in the first half. In the house party scene, there was a good chance of showing strong debate on gender role reversal, but the weak script missed it.

The simple logic, the makers missed was, when a man is doing woman’s job and woman’s the man, generally several oppositions would be expected from the society. But except the family, no one questioned about the Ki and Ka’s lifestyle.

Failing to focus on the crux, the story only shows Ki and Ka’s personal battles.

Kareena Kapoor as Kia is outstanding. Her heroic and aggressive performance, perfectly suits the character. Arjun Kapoor as Kabir is even good. But little more intensity in the performance could have made it more watchable. Even his dialogue delivery needs tuning. Swaroop Sampat as Kia’s mother is great. Rajit Kapur, though in a short role, makes one feel, his identical spot on.

Music is delightful and all songs are placed well at the right time. Editing has flaws in the second half, which can be felt. Production values are decent, dialogues need to be tuned. R. Balki, the man behind master piece Cheeni Kum, could not repeat the magic this time. Narration levels are not up to his standard. Especially, the way he dealt second half, shows his negligence.

Definitely, Ki and Ka is a brave attempt. But the lack of focus on the crux and highlighting other unimportant elements, makes one stick their hands to the head.