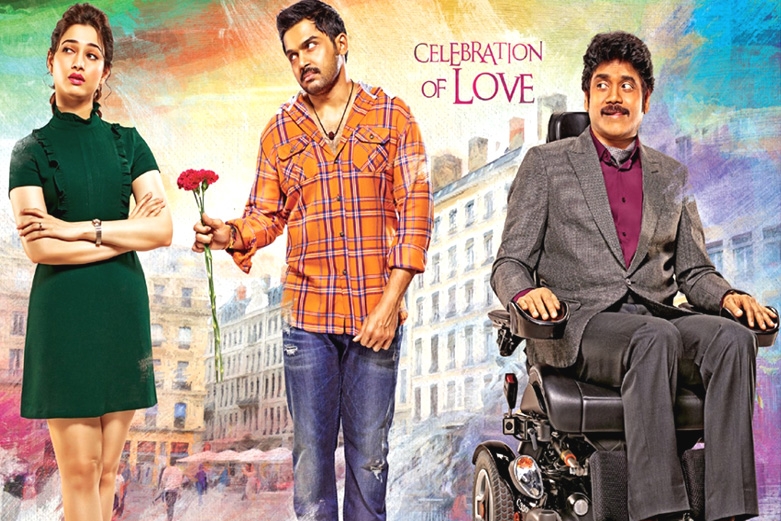 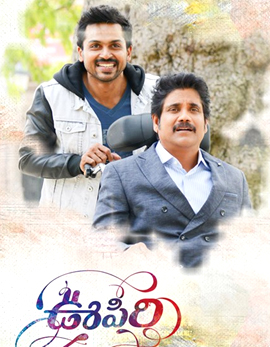 Vikramaditya (Nagarjuna), a multi-millionaire becomes paralyzed after an accident and in his search for a right care taker, along with his secretary Keerthi (Tamannah), he finds Seenu (Karthi), a slum dog as the right choice.

Within a short time, Vikram and Seenu bonds well because of sensibilities balancing their thoughts and emotions. Seenu who is in the beginning hated by Vikram’s family, will be later liked, after he helps them at the right time.

How did Seenu support Vikram and what changes the duo observed in their relationship, is the rest of the movie all about. 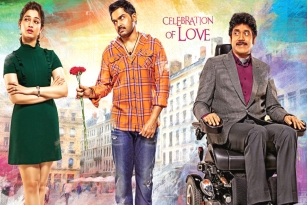 The human emotions and relations between the two male leads have been explained well. The background score ranks above the songs and is on the top notch. Karthi has been the key source of the entertainment in Oopiri. The first half of Oopiri has hilarious entertainment which is a sure watchable.

Even the second half of Oopiri too has been good but the film dips down during the initial time. Some unwanted episodes spoil the mood of the movie but the film returns back with a bang after the first half an hour. The pre climax and the climax episodes have been well balanced and the performances by the lead actors take the film to the next level. On the whole the second half of Oopiri has its proud moments to get entertained.

Though Nagarjuna could not shake his body, he surely shakes several hearts, with his tremendous acting skills, especially in the emotional scenes. Karthi as a thief has been impressive and has done an outstanding job with his humor sense. Nagarjuna and Karthi’s chemistry is adorable. Tamannaah has been glamorous throughout the film and dubbing her own character is the notable feat, the milky beauty did for Oopiri. Prakash Raj, Jayasudha have been assigned some important roles who travel with the lead actors in this journey. All the other actors have been decent and impressive.

Though adopted from the french movie, “The Intouchables”, the director made sure, Oopiri can be related to the Telugu audience well. The cinematography elevated the film well and the editing has been decent. Prasad V Potluri should be mentioned specially for his brave attempt and spending a bomb on an emotional concept like Oopiri. Vamsi Paidipally has done a decent job in bringing out an emotional entertainer with all the ingredients in the right amounts.

The emotional content, with the engaging screenplay, makes Oopiri a worth watching film for this Summer.