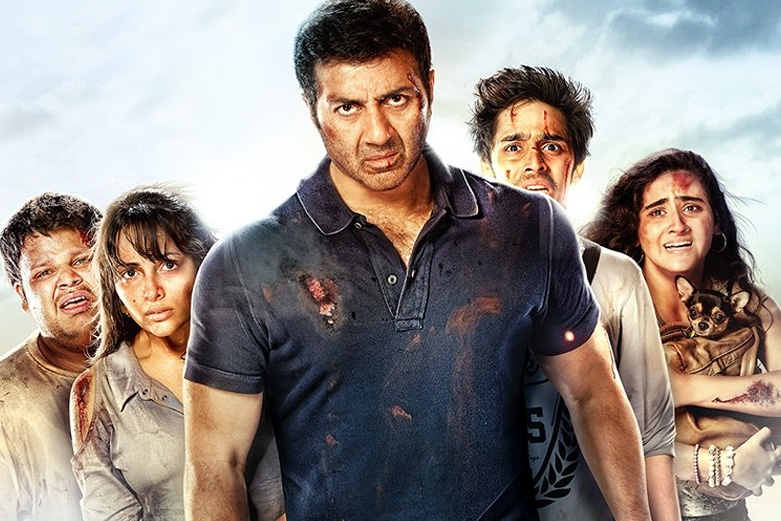 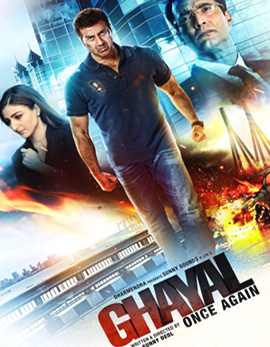 Ajay Mehra (Sunny Deol), who was sentenced to a prison term for killing Balwantrai and his men in 1990, has served his jail term, and runs a news channel now.

His enemy, Raj Bansal now turns as a big deal in Mumbai. He is the second Balwantrai, who has political control. He has an arrogant son named Kabir, who is addicted to drugs. In a fit of rage, Kabir kills a man and the evidence of this crime is captured in a video accidentally by four college students Zoya, Varun, Rohan, Anushka.

Will Ajay Mehra, who is the last hope of these four kids, save them from Bansal’s game of violence and power? The answer for this question forms the rest of the story. 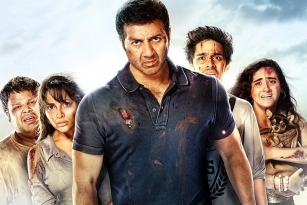 ‘Ghayal once again’ exactly continues from where, the first part ended. That reminds the audience, the original version and helps them in connecting the current story to the previous one. But the script is very close to the first part and that actually makes most of the film predictable, with its old narration.

The maker tried to narrate most of the scenes orally, rather than showing them. Even Mehra’s character is not as aggressive and challenging as in the first part. On the the whole, the first part is the slight relief rather than the second half of ‘Ghayal once again’.

Be it due to the characterization or his age issues, Sunny Deol’s character could not make the required influence as the first part did. That aggressive and energetic dialogues and challenging nature, is nowhere seen in this Ghayal once again movie. However, he is still good in the action episodes.

Soha Ali Khan as Mehra’s psychiatrist just gave an ok-ok performance. Narendra Jha as Raj Bansal gave a stupendous performace, even though his character was badly narrated. Rest other characters are ok with their performances.

There is an enough discontinuity in the screenplay and hence certain sub-plots lose track. The background score of the film appears like Dark Knight Rises. It creates a illusion that, something gripping is about to happen and unfortunately nothing actually does.

To suit the current audience, Sunny being the director added a few scenes like hacking and teenage drug scenes. But that could not help the movie from facing the bad fortune.

Other than owning the credit of watching sequel of an old blockbuster film of Sunny Deol, Ghayal once again has nothing much to do.