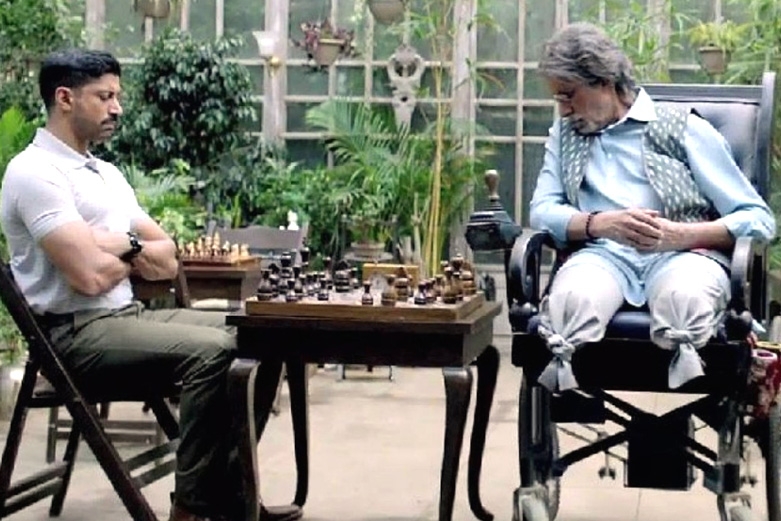 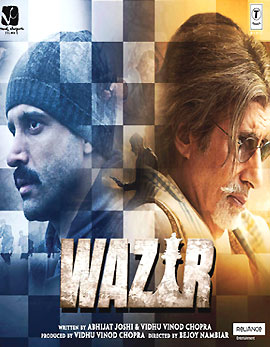 Danish Ali (Farhan Akhtar), an ATS officer’s daughter gets killed in a terrorist gun-battle, due to his negligence. Danish, who is in intense sorrow for it, will even be blamed by his wife (Aditi Rao Hydari), for their daughter's death and moves away from him. Adding to the list of jolts, he will even get suspended from his duty, for failing to arrest the terrorists, responsible for his daughter's death.

Unable to stay without his wife and daughter, Danish contemplates a suicide, but his decision gets halted, after meeting Panditji (Amitabh Bachchan). Panditji asks Danish to investigate the actual reason behind his daughter's death, who was allegedly killed in a mishap at a minister’s house.

It was then, Danish concentrates on the case and starts investigation. In this process, Panditji will be attacked by a culprit named Wazir, and upon knowing it, Danish rushes to help Panditji and protect him from future attacks. Who is Wazir and how is he related to the story? Will Danish uncover his daughter’s death mystery? The rest of the film, answers these questions. 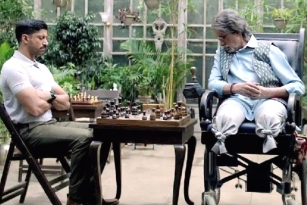 Though Wazir’s plot is interesting, the way scenes are narrated, fail to grab the audience’s attention. The poor screenplay dips the suspense matter in the film. The first half of the movie seemed tense, but as the movie continues, one can easily come to a conclusion that, few scenes and songs were forcefully attached to increase the duration of the film.

As said, the plot revolves around the character Wazir, but unfortunately, that revolving is that slow, that you would pinch yourself to test that, you are watching a movie and not a TV serial. Adding to it, most of the scenes are predictable.

The script is basically see-through and the character of the minister was blown up too quick in the film. Wazir can be related to Aamir Khan’s ‘Talaash’, where a police grieves over the death of his child.

Needless to say that, Amithab Bachchan and Farhan Akhtar, deserves a ‘thumbs up’, for their stupendous performance in Wazir. The way they adopted the roles, makes one sit and watch, expecting betterment in the following scenes, but unfortunately, director completely gave the credit to Bachchan and Akhtar’s performances, neglecting the narration.

Both John Abraham and Neil Nitin Mukesh seemed to be not so up to the mark. Cinematography is very good, editing is horrible, as there are several scenes which can be cut off. Music is not up to the mark and the production values are ok. Vidhu Vinod Chopra and Abhijat Joshi, the people behind the prestigious movie like PK, have failed to put an exquisite movie on screen, this time.

One would not wish to watch Wazir, unless they took any oath of watching every film of the legendary Amithab Bachchan.