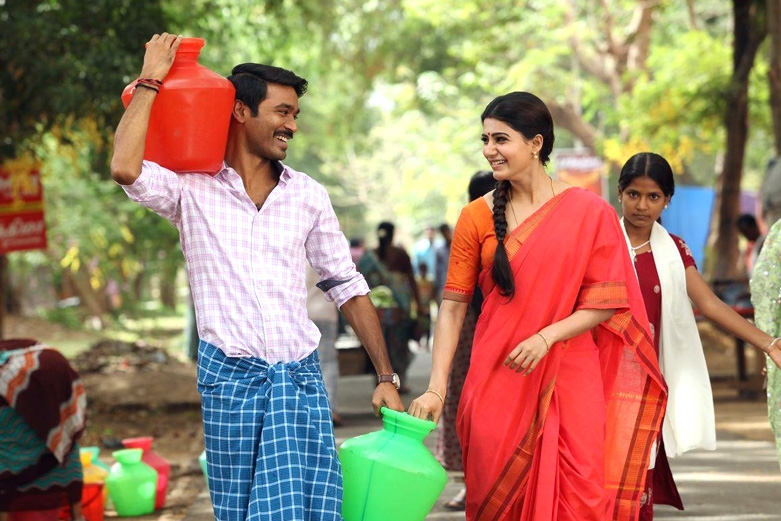 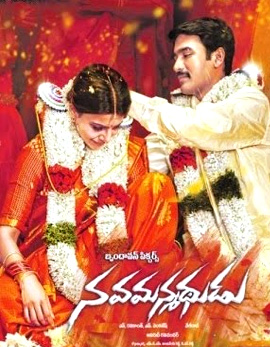 A fun going middle class guy (Dhanush) falls in love with Sandy (Amy Jackson) and the duo spends some quality time with each other. One day, Dhanush reveals about his love to his parents (KS Ravikumar and Radhika Sarath Kumar), who immediately rejects, as Sandy belongs to a different community.

They later get his son married to Yamuna (Samantha), who comes from a traditional family. The rest of the story is how Dhanush forgets Sandy and turns into a responsible man, due to a few of the key situations. Watch the movie to know those key situations. 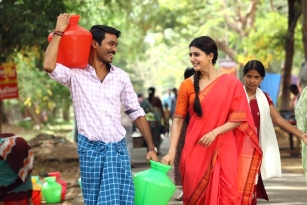 Nava Manmadhudu has good entertainment episodes and also nail biting love making scenes. The songs are shot with utmost care, which can be felt on the screen. When the story appears dipping after few minutes, a sudden twist raises the expectations at once. On the whole the complete first half of Nava Manmadhudu has been quite gripping and entertaining.

The second half of Nava Manmadhudu starts on a serious note and that is carried throughout the film, dipping the entertainment episodes. Especially, the pre-climax and the climax episodes have been very gripping, which makes the audience emotionally involved in the content.

After Raghuvaran Btech movie success in Telugu, Dhanush’s Nava Manmadhudu was released with good expectations. Living up to the expectations, Dhanush gave a top notch performance. His acting levels, take the movie content to the next level. Dhanush got an opportunity to play two different characters and the variance can felt so easily.

On the other side, Amy Jackson has been energetic and glamorous throughout the first half. She did even dominate Dhanush, through her acting levels in a few scenes.  Samantha has got some responsible character to do this time. She could perfectly adopt herself into the  traditional, calm and simple girl’s role. Rest other actors have given a satisfactory performance.

Though the story lacks uniqueness, the clever screenplay, brings out the depth and makes one stick to the screen throughout the film. The dialogues are written well. Music is ok and cinematography is on the top notch. The production values are very grand. Director Velraj, once again lived up to the expectations, bringing out an emotional product, which would be liked by the family audience well.

Nava Manmadhudu has a good depth in the subject. Lead actors made that subject more lively, with their acting capabilities, thus making the movie a sure watchable, for all sections of the audience.