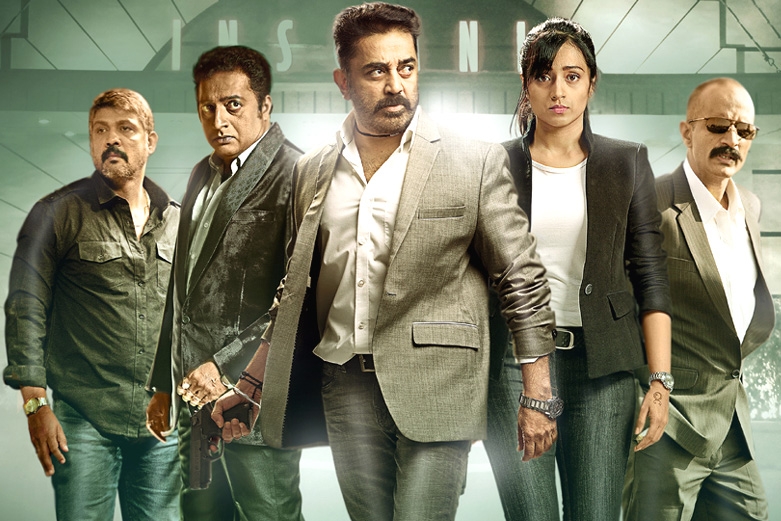 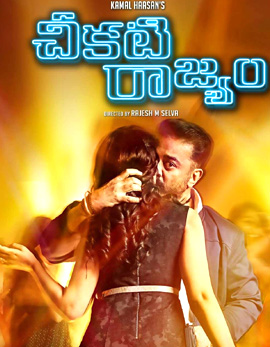 Diwakar (Kamal Haasan), a cop and Mani, one of his colleagues, claims a 10kg bundle of cocaine. Meanwhile, Diwakar’s only child, Vasu will be kidnapped by Vittal Rao (Prakash Raj), who is a night club owner. Vittal Rao demands to give back his cocaine, in exchange of Vasu.

Mallika (Trisha) and Mohan (Kishore), who works in Narcotics Investigation Bureau are incharge of this case, involving Diwakar, Mani & Vittal Rao. How Diwakar’s team supported him to rescue his son and what twists took place in this process, forms the rest of the story. 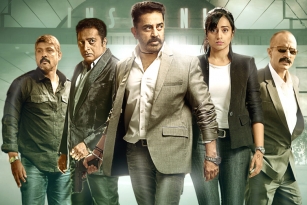 Cheekati Rajyam movie is robust enough and has the scope to turn into an edgy thriller. Though the plot was adopted from a French movie Sleepless Night, screenplay makes  this  duplicate version, interesting. The narration levels are at its peak and it surely gives an edge of the seat experience.

In the second half, the complete movie rotates around the pub. The continuous dark scenes might make the audience bore, but still Kamal’s terrific performance makes one stick to the seats.

There are few drags in the second half, but it is leveled up in the climax. The best part of Cheekati Rajyam movie is, not even a single scene appears cinematic or unreal. Kamal Haasan, Trisha, Prakash Raj, Sampath, Kishore and the rest other team make the drama less drama, lively.

No doubt, Kamal Haasan is at his best again in Cheekati Rajyam movie. His role as a bad cop even has an emotional side, which would hilariously be applauded by his fans and also normal audience.

Trisha brings a refreshment to the screen, which is till then filled with the beards and moustaches. Her action chemistry with Kamal, is a must watch for the either stars fans.

The background score given by Ghibran, surely deserves a loud applause. The BGMs improves the depth of the thriller scenes and makes it watchable.

Cheekati Rajyam will be loved by the audience who loves thrillers. As said, the screenplay gives the edge of the seat experience. But the sluggish second half, makes it a one time watch. 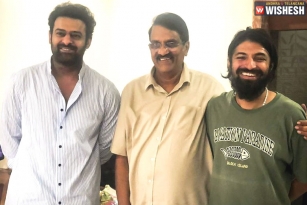 No Budget Cuts For Prabhas21?

No Budget Cuts For Prabhas21?:- With the arrival of coronavirus pandemic, the film producers are left in a financial crisis.…