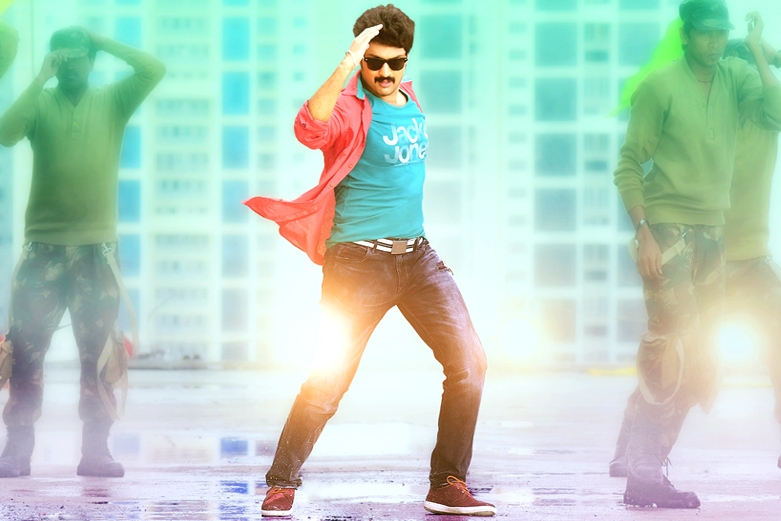 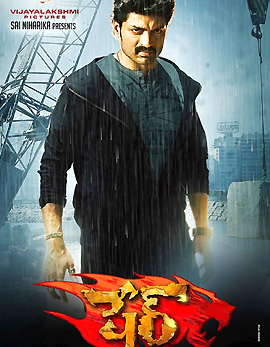 Gautham (Kalyanram) looks after his father’s construction business. Along with the family, he maintains a good bonding with his brother, who is a chess champion.

He gets involved in a clash with Puppy(Vikramjeet), due to some incidents and at the same time he falls in love with Nandini (Sonal Chauhan). The story takes the twist, when the baddies lead by Baba (Mukesh Rushi), kills Gautham’s brother. How did he take revenge Baba, forms the rest of the story. 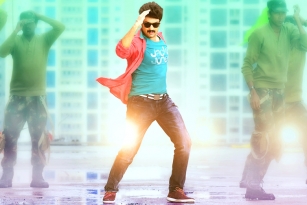 Right from the first scene, there are several dips in the movie. The placement of the songs had completely gone wrong in the first half. Even the comedy episodes tests the patience of the audience. Especially Brahmanandam’s comedy is quite irritating. Even the interval block is predictable and outdated.

Even the second half is not an exception for the nonsense created in the first half. Screenplay and narration, completely kills the film. On the whole, both first half and second halves of Sher, are a disaster.

Kalyan Ram as Gautham, gave a splendid job in Sher film. His acting had an ease and that helped out to elevate the character well. Sonal Chauhan has been energetic and glamorous throughout. The antagonists Mukesh Rushi, Vikramjeet, Ashish Vidhyarthi characterizations are not narrated well and remains as nothing but headache. Rao Ramesh gave a decent performance and other characters did their assigned job well.

Sher story does not have any new theme. It is scripted on the same old commercial pattern, which severely lacks uniqueness. Dialogues and screenplay further dip the film. Editing and music is average. The cinematography and the production values have been below the line that they bring a feel of a low quality film.

Mallikarjun, who earlier directed Abhimanyu and Kathi gave a hat-trick disaster to Kalyan Ram, in the form of Sher.

Sher has nothing new to say. The same old story, predictable twists, poor narration, boring punch dialogues, gives a thumbs down to Sher. Stay away from it.