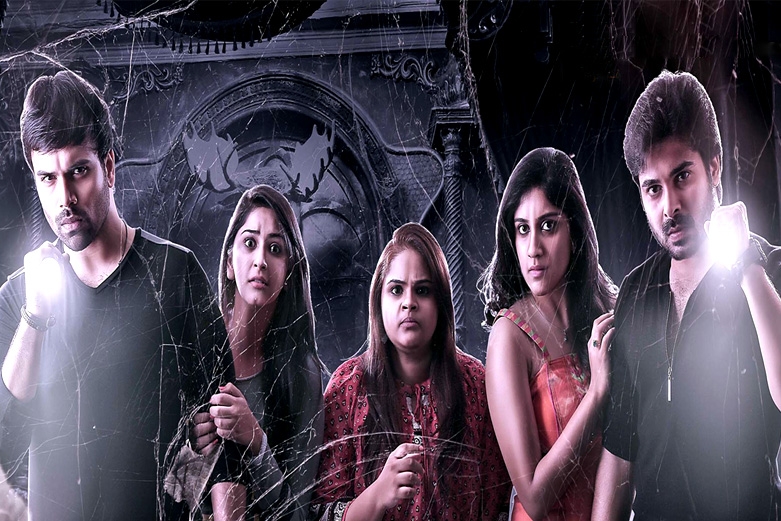 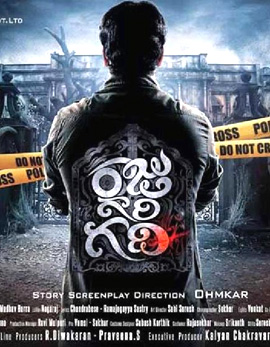 Raju GariGadhi is about Raju Gari Mahal in Nandima. The Mahal becomes mysterious as many people get killed who all haunted for the secrets behind the Mahal. To cash this, a popular TV channel plans a reality show in this Mahal. A batch of youngsters will be selected who will be asked to spend a week in this dangerous Mahal to win a prize money of Rs 3 crores. The rest of the movie is about the secrets of the Mahal and how they made out to spend one week. Watch the complete film to know about the rest. 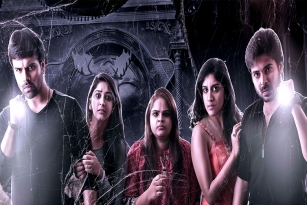 The first half of the movie is filled with loads of entertainment and it has been completely racy. The comedy episodes make us forget the run time of the first half. On the whole the complete first half has been outstanding.

Shakalaka Shankar and Dhanraj are the major highlights of the movie. They carried the film on their shoulders and their comedy timing has been stupendous. Vidhyuleka adds lot of humour to the film with her performance. Omkhar’s brother Ashwin looks decent in his role and DhanyaBalakrishnan has been impressive. Chetan Cheenu has been apt in his assigned role and all the other actors have given out their best.

The story of the movie has nothing new but the narration takes the film to the next level. The audience just sit eagerly waiting to know about the secrets. The screenplay and the dialogues have been decent. The songs of the movie have been apt and the background score, cinematography are the assets for the movie. The production values have been grand enough and Omkhar should be well appreciated for his terrific narration and execution of the movie.

Raju GariGadhi is a complete entertainer with all the needed thrilling elements that can be given a watch this weekend.