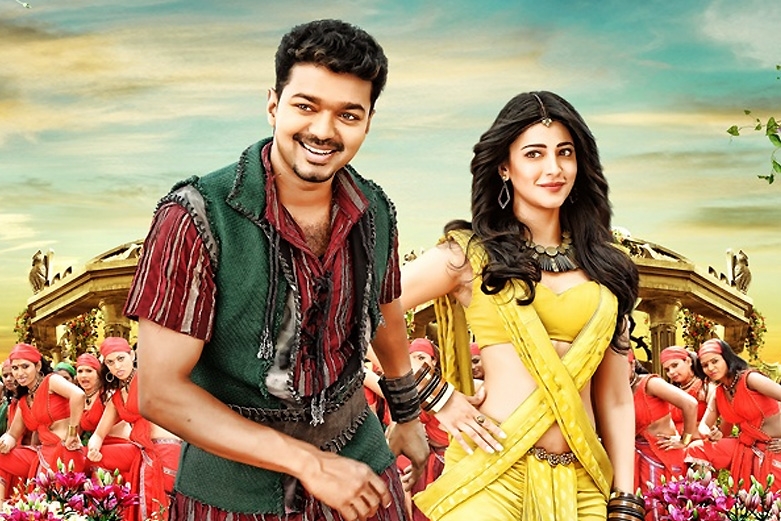 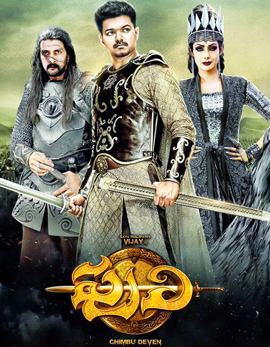 Manoharudu(Vijay) is a daring fighter from one of the villages of Bhetala Desam which has been ruled by an evil princess Yavvana Rani (Sridevi). Over sixty villages have been under the control of the princess. Manoharudu falls in love with Mandara Malli(Shruthi Haasan) who happens to be his childhood friend. Mandara Malli gets kidnapped by the goons of Bhetala Desam after which Manoharudu enters the fantasy kingdom for his love. The rest of the movie is about the difficulties faced by him during this journey. Watch the film to know about the rest. 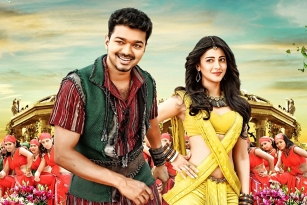 The second half of the film gets interesting once Vijay enters the kingdom. The film has been technically brilliant and the visuals have been grand enough. The movie dips down because of the boring narration and execution completely. The editing has been behind the line which makes the movie fall down. Many unnecessary scenes have been added which disturbs the flow. On the whole the complete second half is a downfall except the grand visuals.

Vijay is the best option for the character of Manoharudu and he has done a stupendous job for the role. He has performed with ease and excelled in each and every scene in the film. Sruthi Haasan and Hansika have been glamorous bringing the needed glow for the movie. Sridevi has been terrific as Evil queen and she is one of the highlight of the movie. Sudeep too did his best as baddie in the movie. All the other actors have been decent.

The story of the movie has been unique but the screenplay and the dialogues have not been taken enough care. The editing has been bad enough but the visuals have been stunning and grand. The music and the background score are the assets for the movie and the production values have been grand enough. Director Chimbudevan has been successful in showing some grand visuals but he failed in narrating the movie in an engaging way.

Puli is a film which is grand in visuals and content. But a bad execution makes the film end up as a disappointment.