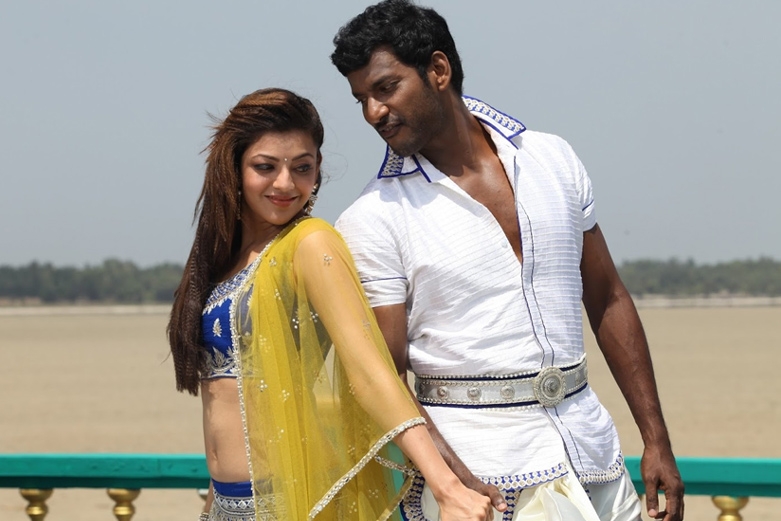 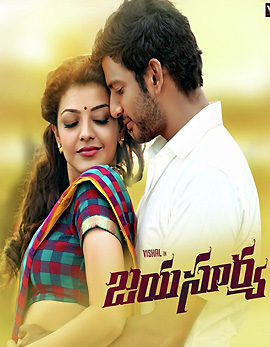 Jayaseelan (Vishal) is a sincere undercover police officer, who is a part of a few people, who set up Madurai as their background. Jayaseelan falls in love with Sowmya (Kajal Agarwal), who runs a plant nursery. She has a fear phobia, with which she gets afraid to every small issue around her.

Meanwhile, one of the colleagues of Jayaseelan, falls into a big trouble. How did Jaya helped his colleague from the trouble and what are the consequences he had to face in this process, forms the rest of the story. 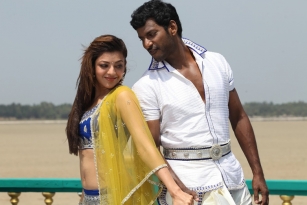 Vishal will be seen in a strict police officer role. His character designing lacks uniqueness and obviously he did not get a chance to show the variation. However his dialogue delivery this time has changed, compared to the previous one. The first half has a convincing screenplay, but a bit more effective narration might have made it better.

Jayasurya second half has a lot to do with the actual plot. The movie which is till then run on a lighter fun and romantic episodes takes on to a serious note in the second half. Even then Kajal’s fear phobia gives a good entertainment. The feelings and the unity of the police officers to save their colleagues from danger, is captured well. A common audience might find it tough to relate to the story. However, Jayasurya still not irritates.

Though there are flaws in Vishal character designing, he managed to cover them with his energetic performance. Kajal got to show a variation from her regular characters. Though she has less screen presence, she still entertains with her fear phobia.

Music is good, but the songs are misplaced in the movie for the several times. There are a few boring scenes, which can be nicely edited for a better execution of the project. Cinematography is decent and the camera work is very perfect. The production values are good. Though not rich, they are not compromised in really required scenes.

Director Suseenthiran could not bring the Telugu smell to Jayasurya movie. Telugu audience might not relate to a few of the critical episodes. His narration skills are ok and the movie might work out in Tamil well.

Jaya Surya has nothing new to say. But the people who can relate themselves with the police and their activities might enjoy the film.