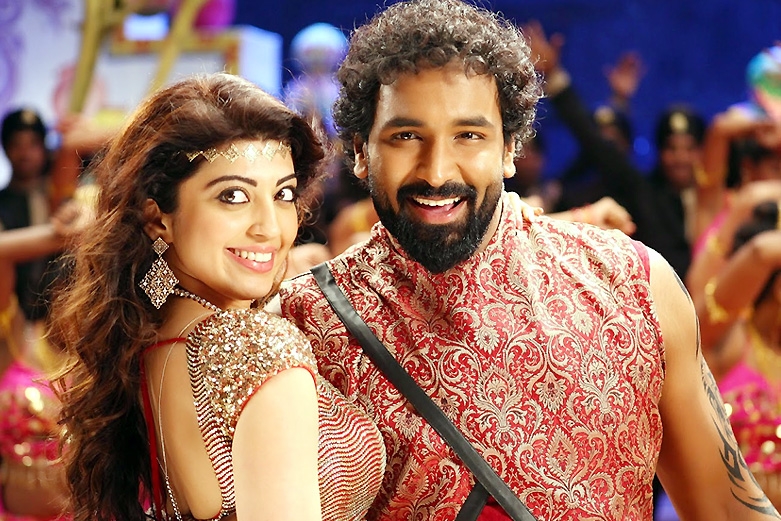 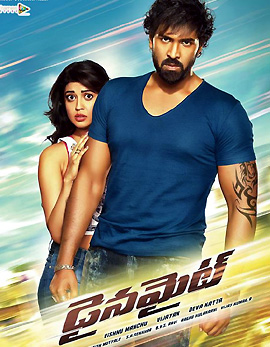 Shivaji (Vishnu) and Anamika (Praneetha), the love pair, meets with an accident on their first date. At this time, Anamika gets kidnapped, but Shivaji has no clue of where she was taken. He searches her with no clarity.

Upon his inquiry at her home, he finds that Anamika is in a big problem. Since then, he starts taking the issue more serious, as he got clarity. What is that problem and how Shivaji cleared it and found his girl, will form the rest of the story. 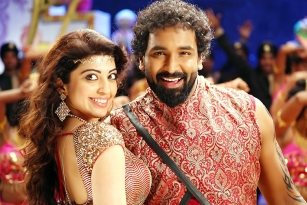 The first half of the movie starts on a slow note. Upon a few of the scenes, Dynamite movie will slowly drag the audience interest. Especially, the interval bang episode is a sure mention. The action episodes are taken utmost care and it can be felt on the screen. On the whole, Dynamite movie first half crosses the expectations of Manchu fans.

Even the second half of Dynamite movie has all the ingredients. A few of the emotional scenes even give goose bumps to any type of audience. Especially the pre climax and the climax episodes have every chance for the Dynamite movie, to get listed on the top of the best climax movies of the year. Even the action episodes and Vishnu’s martial arts performance will take him to the next level after Dynamite success.

Manchu Vishnu till date has only comedy entertainers in his success list. In the beginning it was thought that, he might not come up with the action entertainers. But breaking all those buzzes, Vishnu secured a promising hit. Vishnu gave his career best performance in Dynamite movie. Though the film is action oriented, even Pranitha got enough role to play. Her glamour adds a different color to the Dynamite movie.

JD Chakravarthy is a sure mentionable person of the Dynamite movie. In fact, he is almost the second hero of the movie. His performance gives the film a new height. He gave a tough competition to Vishnu in terms of performance. Rest other characters are satisfactory.

Director Devakatta is identified for his narration skills and Dynamite movie is not an exception for this. The story, its screenplay and the narration of Dynamite movie, are on the top notch.

Background score and cinematography is the one of the best technical works of Dynamite movie. The production values are great.

Dynamite movie gives an edge of the seat experience in many scenes. It is a sure watchable film by Manchu fans and other audience too.