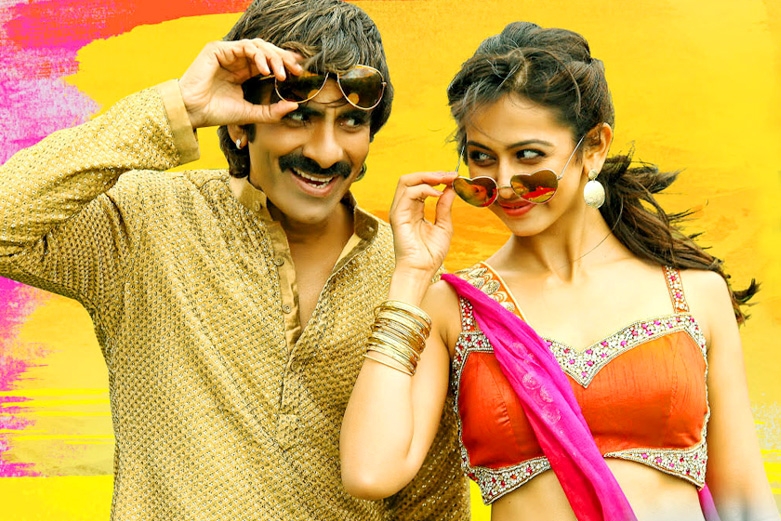 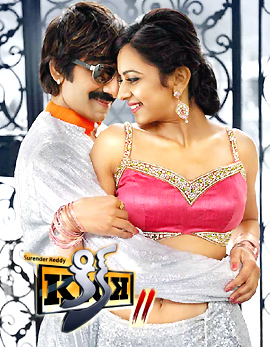 Robin Hood (Ravi Teja), an NRI doctor comes to India to solve a few of his land disputes. He meets his love interest Chandrika (Rakul Preeth Singh) and gets into a relation. One day, Chandrika gets kidnapped by some baddies, but Robinhood finds no way to get her back from them.

But later, Robin Hood comes to know that, Chandrika is at her native place Vikaspur. He then starts to village to save her. After reaching the village, he comes to know that Suleman Singh Thakhur( Ravi Kissan) is troubling the villagers in various ways. How Robin Hood saved the villagers from Thakur and also brought Chandrika back, forms the rest of the story. Especially the reason behind why Chandrika is kidnapped involves a twist, which is a sure watchable in the theatre. 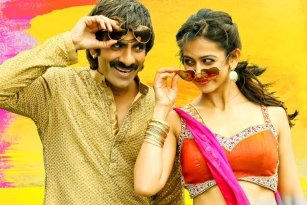 The first half of the movie shows the typical Raviteja comedy angle. His hilarious comedy in the first half, will surely invite loud laughs. Bramhanandam and Ravi Teja’s track will be the highlight of the comedy in Kick 2. Just as Kick first part, even Kick 2 has loads of entertainment in the first half itself.

In the second half, more than comedy, the plot demands emotional scenes and so second half is filled with a lot of emotional and also action scenes. Especially the last twenty minutes have many mass elements, which will redefine Mass Raja Raviteja image. On the whole, the second part disappoints Raviteja’s comedy lovers, as the fun episodes are very less.

Needless to say Raviteja steals the show. Kick 2 is almost a one man show. His comedy timing is hilarious again. Along with the comedy, Raviteja even got sufficient emotional scenes, in which he delivered a very balanced performance. But his looks give thumbs down impression, which he should concentrate on putting up weight immediately.

Rakul Preeth Singh got that role, in which she got an opportunity to portray in both modern and village getups. She performed well in both the attires. Ravi Kishan as a baddie is ferocious and succeeded in giving a decent job and rest other characters did a decent job.

Thaman’s music for Kick 2 is good, but background music might have been better. Camera work is great. The cameraman succeeded in showing the rustic villages interesting. Editing has flaws. There are many scenes which are nowhere relevant or in fact irritating. Those scenes might have edited to cut short the time.

Kick 2 movie dialogues again need a sure mention. Ravi Teja uttering them, made a few scenes hilarious. Screenplay becomes predictable. There is no much uniqueness in it.

Where Kick is a hilarious comedy entertainer, Kick 2 is supposed to be on the same note and audience expects that too. But director Surendar Reddy gave more importance to emotional episodes this time, with a good comedy restricting only for the first half.

Compared to Kick, Kick 2 has less comedy, but even then, Raviteja’s screen presence and the way he carried emotional drama, make us sit and watch Kick 2 in the theatre. 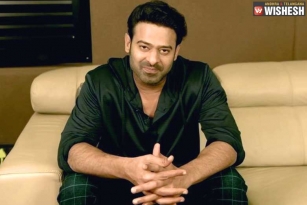 Prabhas in talks for one more Bollywood project?:- Prabhas is the latest pan-Indian star from South. When most of the…