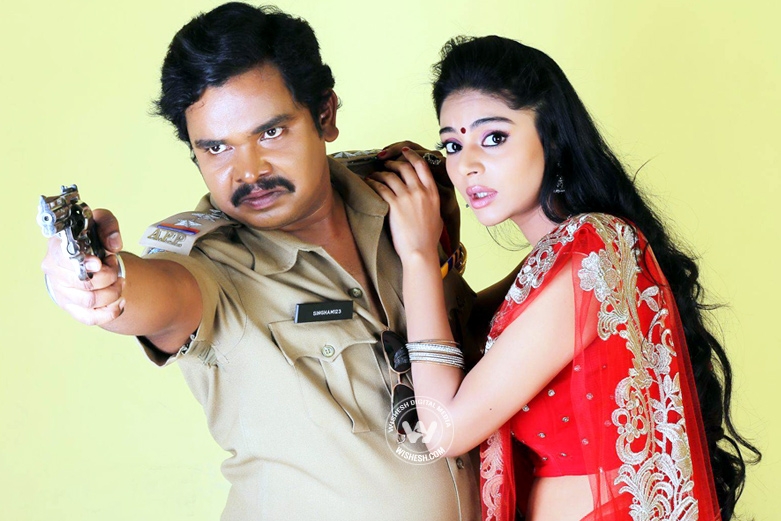 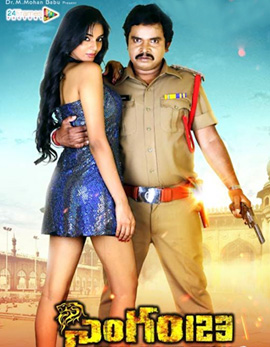 Singham 123 (Sampoornesh Babu), a sincere police officer, will come to Singarayakonda on a transfer. There, he will come across a local goon Lingam (Bhavani), who has been performing some illegal activities and is famous in doing so, in that area.

Singham, who comes to know about this, challenges him to put an end to all of his activities. He, then starts a mission to control the illegal activities of Lingam and his team. What are the situations he came across, in controlling Lingam’s illegal activities, whether he could succeed in his challenge or not, will form the rest story of the film. 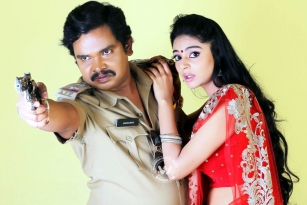 The plot of the flick itself is an old one, so there is not much scope to show uniqueness in the screenplay too. The first half of the film tried to entertain with the logicless comedy, but could  not reach up to the expectations.

The second half of the movie ranks more big, than that of the bore created in the first half. There is not even a single scene which is worth of watching. On the whole, Singham 123 is a blunder, it has nothing to do with any genre of the film.

If Sampoornesh Babu is not the lead actor, there would be no scope for the people to remember about this flick too. His energy levels are found terrific. It is he, who has carried the entire film on the shoulders. As usual, the heroine is only restricted to the songs and a few scenes, which do not make much impact. Rest others are found satisfactory.

As it is mentioned on the poster itself, there is no logic in the film. The plot itself is a major flaw. Diamond Ratnam’s job is perfect as a dialogue writer. But the screenplay and the narration lack the clarity. Both the songs and the background score are the biggest blunders.

Much alteration has to be done regarding the cinematography and editing. The production values are ok and director Akshat Sharma is terribly failed as the director. There is no such gripping, that is needed to make a good film.

Influence of Summer has decreased, and so the deaths are controlled in the Telugu states. Singham 123 has the capability of restarting the Summer and resume the deaths. So, beware of Singham 123