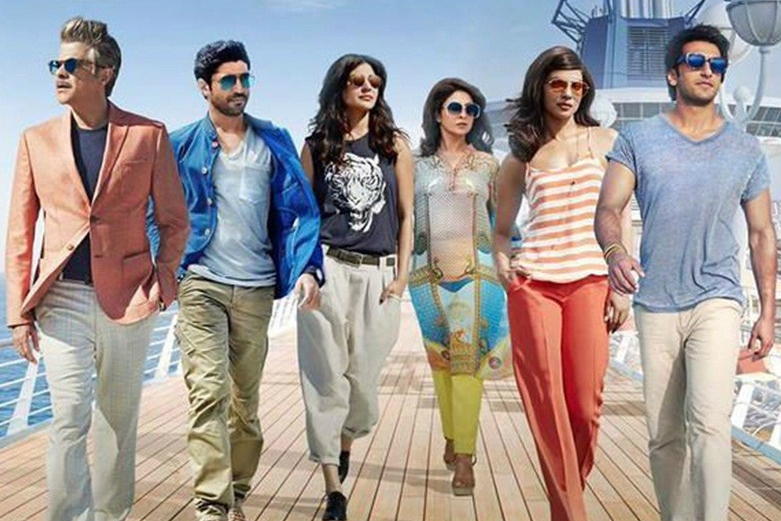 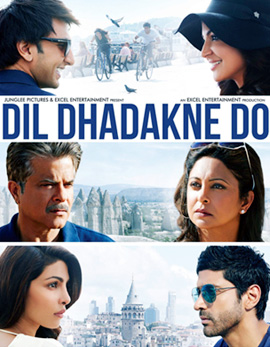 Kamal Mehra (Anil Kapoor) is a millionaire, who faces bankruptcy and is busy in fighting with those issues. In the name of his 30th anniversary, he plans for a long holiday. Along with his wife Neelam (Shefali Shah), Kamal plans to fix up a match to his son Kabir (Ranveer Singh).

Ayesha (Priyanka Chopra), who is the daughter of Kamal, gets married to Manav (Rahul Bose), but she is quite unhappy with him. The family will be on cruise for the trip. For solving the family problems, what are the situations, they faced on the trip, forms the rest of the story. 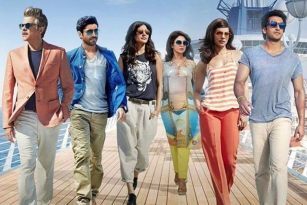 The first half of the movie is quite interesting and the narration has been decent. Specially, the multiplex audience will thoroughly enjoy the movie, relaxing on the seats. As the film is star studded with big stars, there is no scope for the drop in their performances. All of them are found awesome. The first half of the film ends with some quality fun and not heavy drop outs.

It is the second half, which drops out the fun. There are uncountable number of flaws which would make the audience go weak. But as the film progresses forward, all of them finds a solution. But however, still compared to the first half, the second half disappoints.

Anil Kapoor is decent as a responsible father and Shefali Shah provided good support. It was Ranveer Singh and Priyanka Chopra, who are the strongest subjects of the film and who also has an every scope to draw the audience, with their star image. They are again terrific in this flick too. Specially, Ranveer’s dialogue delivery and freaking style, deserve a huge applause.

On the other hand, Priyanka, who was known for his chubby and naughty roles, this time had a bit different and matured kind of role, which is of an unhappy married woman. Anushka Sharma and Farhan Akhtar rocked their respective roles. No complaints on their part. Rest others are found decent for the roles they have offered.

The line of the story generally suit to the multiplex range audience. So, the subject might not be owned by other sections of the public. The screenplay and narration are ultra stylish and would be perfectly apt for the urban audience.

Cinematography and locations has a lot to do with the film. In fact, those are considered to be the heart of the flick. The music has been decent and the background score has been elevating. The production values have been very rich. It can be said that, the director is successful in putting up his ideas perfectly on the screen.

Dil Dhadakne Do would be a perfect entertainer for the multiplex audience. In fact, it would delight them, as many scenes would reflect the personal life of the urban audience.