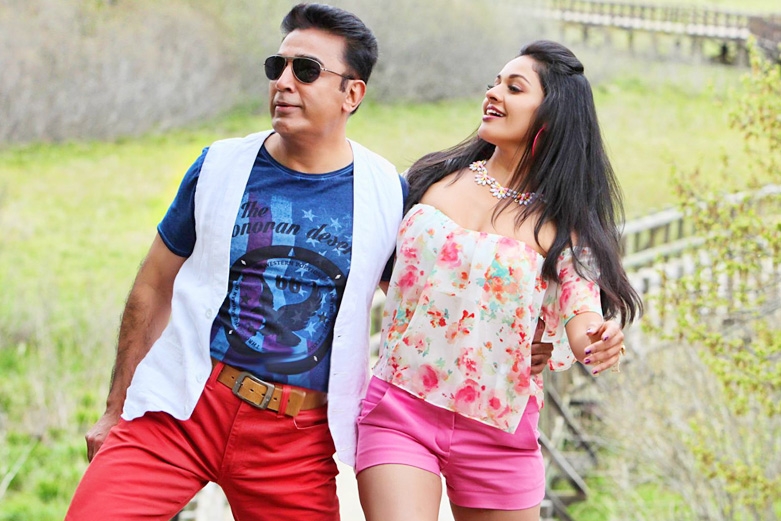 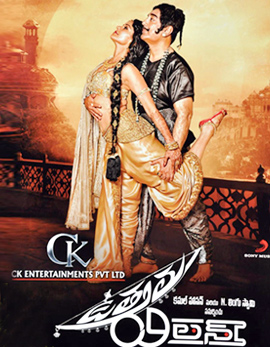 Not only in real, in reel too, Manoranjan(Kamal Haasan) is a film Superstar who enjoys a lot of  craze among the masses. One fine day, he is effected with brain tumour and going to die soon. So he then decides to make one last film which can steal the hearts of audience.  For this, he approaches his mentor Margadarshi(K Balachander) and asks him to direct that last movie. The film is titled as Uttama Villan and rest of the story is of what are the consequences that he faces during the shooting of the film and whether he could achieve his goal or not, forms the climax part. 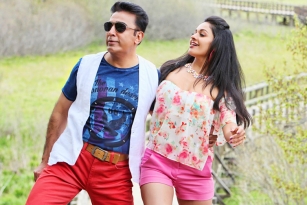 The plot of the film is good but it would have been better if they added few of the commercial elements. That commercial part is totally lagging in the film which finally left open for just high class audience. It might not draw the masses to theatres with this kind of narration.

The first half of the film is bit interesting, and hopes on the film might rise after watching the movie till interval, but after that, it could not keep up to the expectations. The second half of the movie is boring  and there are several scenes where you might feel like they are quite unnecessary.

Finally the run time is the major minus for the film, which even crosses 3 hours. Most of the scenes might have been chopped off in editing.

Needless to say that Kamal is the major credit of the film. His acting skills were found much more productive this time. Specially his acting in climax, makes the audience fall into tears too.

Heroines Andrea and Pooja Kumar did their job well and gave a decent support to the film. K Balachandar who played a prominent role has been perfect in the role of mentor and he brings a lot of depth. Jayram and Nassar have been simply superb with their roles. All others have been decent with the assigned roles.

There are no complaints on the script, but the narration is what spoiled the movie. Director Ramesh Aravind failed miserably to decorate it with proper entertainment. The art of the movie has been superb and the sets of the film looked natural. The editing and the music have been decent and so is the cinematography. The production values were no where compromised and were perfect.

Utthama Villain lacks the regular commercial values and there is no sort of entertainment in the film. The narration is boring and might not reach the masses.