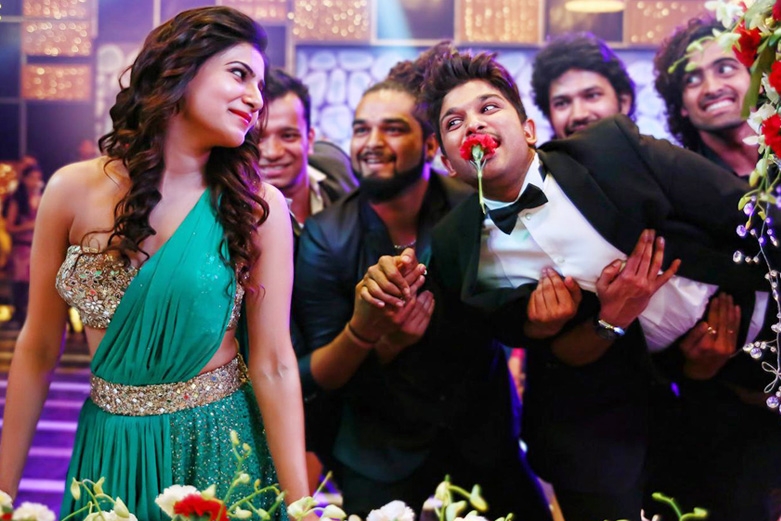 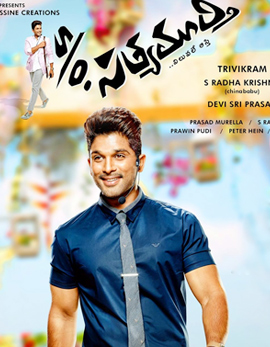 Viraj Anand (Allu Arjun)is the son of a rich businessman Satyamurthy (Prakashraj) who dies in a car accident. The sudden demise of his father alters the life of Viraj and his family. Viraj takes a bold decision and gives all the properties to clear the debts. Viraj joins an event management company to support his family and during an event he falls in love with Sameera (Samantha). Sameera’s dad (Rajendra Prasad) assigns an operation to bring back his land which has been into trouble because of Viraj’s father and get married to his daughter. The rest of the movie is how he deals with a cold blooded factionist Upendra and solves the problem. Watch the movie to know about the rest. 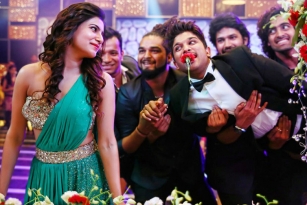 The first half of the movie starts with a narration which has lot of depth and flavored with emotions. Trivikram has always been successful in narrating the characters. The movie picks up pace and interest after a tragic scene. Every scene has been narrated with interest and the emotions have been top notch. The songs of the movie have been colorful and fresh. The interval episode has been written well though it has been known before and on the whole the first half of the movie has been interesting and emotional.

Our Stylish Star Allu Arjun looks ultra stylish in the movie and he has been completely energetic and confident. He has been perfect in emotional scenes with which the film has been carried up. Samantha has been terrific and performed with ease. Adah Sharma and Nithya Menon have  done a decent job. Upendra is sure a surprising element for the movie and he has done a terrific job in the movie. His presence makes a lot of difference on the screen and all the other characters have done justice for their assigned roles.

The story of the movie has been thin and familiar but what makes the difference is the narration. Trivikram who is known for his fantastic narration has done a terrific job as a writer. The entertainment levels come down to some extent but the emotions of the film take the film to the next level. The songs and the music along with the cinematography are the main pillars for the film. The production values should be appreciated specially and Trivikram has done a great job as a director. He has been successful in touching the hearts with his emotional narration.

S/O Satyamurthy is a perfect emotional family entertainer to watch this summer with your entire family. Except the low levels of entertainment the movie has nothing bad. The performances of the lead actors and the emotional content takes the movie to the next level. Go watch it.