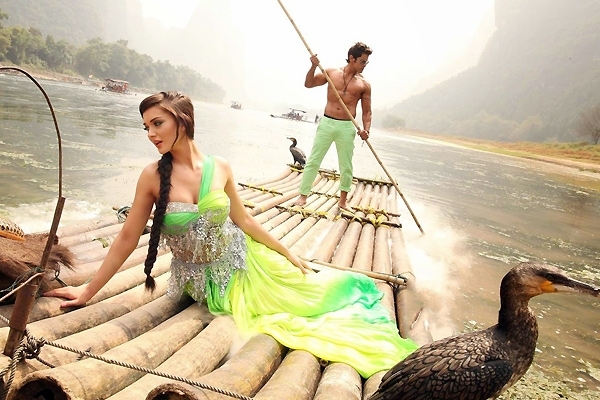 Get Vikram New Film I Reviews and Ratings Directed by Shankar. Watch Latest I Trailers and Teasers, I Songs and Wallpapers. Starring Vikram, Amy Jackson and Music by AR Rahman
https://www.andhrawishesh.com/ 24 Jan, 2015 24 Jan, 2015

Get Vikram New Film I Reviews and Ratings Directed by Shankar. Watch Latest I Trailers and Teasers, I Songs and Wallpapers. Starring Vikram, Amy Jackson and Music by AR Rahman Product #: 48326 2.75 stars, based on 1 reviews
X 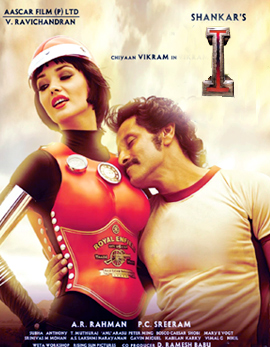 Lingesh [Vikram] is a body builder and aims to make it big through the competitions. Lingesh falls in love with an actress Diya [Amy Jackson] and visits her wherever she shoots for her film. Finally he meets her and somehow manages to get her attention. Diya approaches Lingesh for Ad film and over the course of time both fall in love.

Keeping the story aside, we have hell to discuss about the technicalities of the film. 'I' is one of the most expensive movies in Indian cinema till date. Director Shankar who generally thinks out of the box, gave us another visual treat. The story is a partially routine one but the way, it was executed, Shankar should be given a pat. The first half of 'I' is entertaining while the second half is emotional but the run time of the film will irk the audience.

The movie can be trimmed by atleast 30 to 40 minutes which could make it interesting. On the whole, we can say, I movie falls short of expectations as the film gets predictable once the twist is revealed. Shankar seems to have lost his charm, as screenplay and editing were not upto the mark.

Music by AR Rahman is simply mindblowing but the placement of songs went wrong. Cinematography is an asset for the film. The visual effects are eye feast.

From the making video, we can say Vikram really worked hard but the on big screen, we will witness, Vikram's true performance. The way he performs in different roles is something that should watched on the silverscreen. We can't even point a single negative from Vikram's performance. He has sit a new benchmark and only he can touch it, if gets such roles again.

Not a Shankar's mark film but can be given a try.