Allari Naresh, one of the very few minimum guarantee heroes of T – Town, comes up with more than 2 to 3 films a year and all of them are a success. The Actor, along with another Young and talented Hero, Sharwanand and none other than the most beautiful Shriya, comes up with his latest release ‘Nuvva Nena’ that hit the theaters today… let us know the first review of the film;

Avinash (Allari Naresh) is a thief in Amalapuram. Along with Chanti (Ali), he steals big time and both of them run away to Hyderabad with the loot. Avinash falls in love with Nandini (Shriya), a doctor. Soon he discovers that Anand (Sharwanand), a patient of Nandini, is also in love with her. A one-up-man-ship begins between Avinash and Anand as both of them desperately try to impress Nandini. The situation gets tensed by Aaku Bhai (Brahmanandam) who is also in love with Nandini. His threat dissipates when he marries the nurse (Kovai Sarala). The story gets a couple of twists with the entry of three characters (Vimala Raman, Raja and Sameeksha). Whom Shriya prefers and what happens to Avinash and Anand forms the rest of the story.

Director has really done a good job. Though the story seems to be more or less routine, the way it has been shown on the silver screen and the artist’s performance added to the interest to the film. All other departments did their best, but since it is a out and out comedy flick, the same has been highlighted. All those lovers of comedy flicks would enjoy watching this flick. Allari Naresh along with Sharwanand has once again succeeded in making the audience laugh, with his rest of the team.

Allari Naresh was at his best as usual. Sharwanand had a scope to make the audience laugh for the first time I suppose. Shriya was at her best in this Movie and seems to appear ravishing, despite of her age. All the other stars like Ali, bramhananadam, Vimala Raaman, Raja and Sameeksha, Srinivas Reddy and Narsingh Yadav and others did their bit in the film. The way story pulled off and the take off of the film appears to be good enough. Music and other technicalities seem to be okay. The dialogues and the timing in the comedy is the added advantage for the success of the film.

Final Word ‘Nuvva – Nena’ another regular yet worth watching flick.. 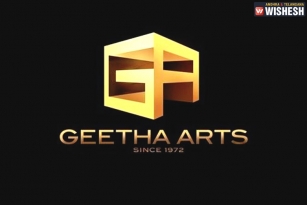