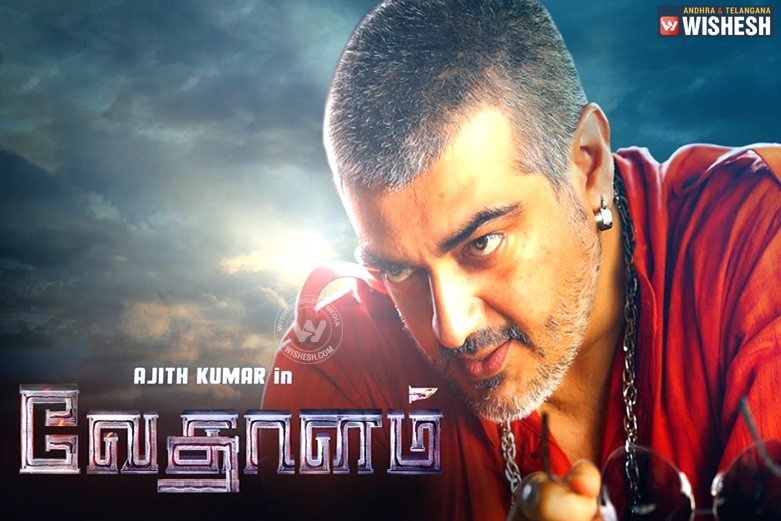 The official teaser of Ajith’s new movie Vedhalam is out now and within few minutes of the release, it went very viral in the social networking sites by thousands of shares among Ajith fans.

In the past, when Ajith’s first look poster of Vedhalam movie was released, within minutes of its release, a big banner was set up in Madhurai city, which was even left as a shocking surprise to the movie makers too. If that is the situation with the first look poster, how can the excitement be less, when it comes to the teaser of the film.

As expected Vedhalam movie trailer was universally applauded. From the first look poster, it was expected that, the movie mightbe a massy one. But after the teaser, one would easily change their opinion.

At the end of the teaser, it shows that, “To storm the screens from this Diwali”, which means the movie is set to release this Diwali.

Keeping in mind, Ajith’s craze among the fans, no other big movies are releasing for Diwali season and Ajith would be the Diwali winner, grabbing all the collections and is all set to establish fresh records, surpassing the old ones.

Vedhalam movie is even going to be dubbed in Telugu. So hope Ajith gets a good comeback in Telugu through Vedhalam success. 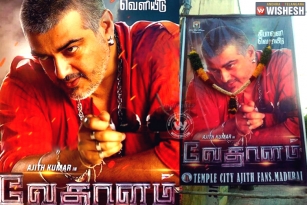