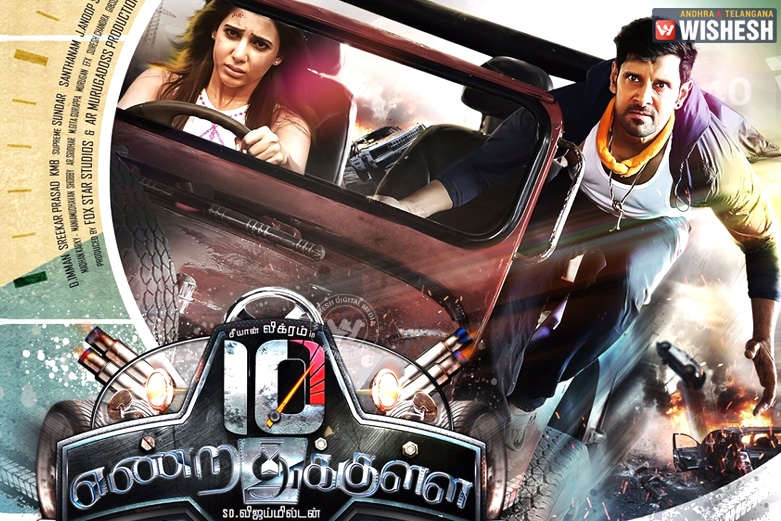 Chiyaan Vikram's most awaited 10 Endrathukulla movie trailer was released amidst of huge expectations and the trailer crossed the boundaries of the expectations, by showing Vikram in an out and out mass attire.

Vikram's 'I' movie though got good collections, the fans and the normal audience expected more from the movie, as it is the legendary director and hero's combination. So keeping in mind the disappointed audience, Vikram said in the past that, he is not going to delay the projects for years, as that is unnecessarily raising the expectations.

Keeping his promise, Vikram now released his new movie 10 Endrathukulla trailer. Throughout the trailer, Vikram is spotted in utter massy attire. In the recent times, this is Vikram's most massy one.

Along with the huge chase scenes, the trailer even got some quality comedy scenes and Samantha's bubbliness can be felt throughout the trailer. So how can the director skips from using such tempting bubbliness in the romantic scenes. The same thing happened. It seems, this time, Vikram even concentrated on romantic scenes well. So it not just one or two, 10 endrathukulla has all the emotions, that Vikram fans are expecting from him, since long.

S D Vijay Milton, who earlier directed Goli Soda, is directing 10 Endrathukulla and AR Murugadoss, who has many super hits in his career, is producing the movie, along with the fox star studios.