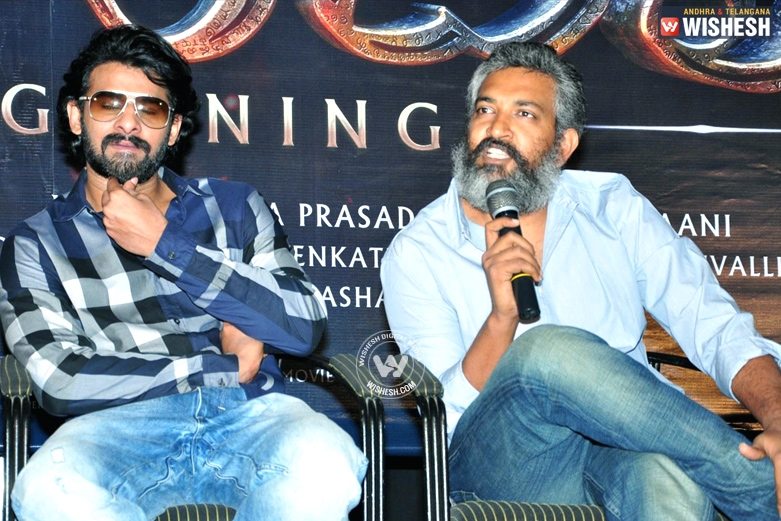 With today, Baahubali, the Indian proud epic movie completes 50 days run in all the major theaters.

Reacting on this, Baahubali director Rajamouli says, “Counting the number of days for a movie is a past thing, now the movie is dependent on the number of opening screens and after a satisfied run for 3-4 weeks, it has to make a way for other films to come.”

“Some fans are requesting for the extension of days for Baahubali in the theaters and are paying out from their pockets. We would get nothing from those false records. Audience already gave us a memorable success, so please stop all these. As of now, Baahubali will run in the theaters that are yielding shares,” Rajamouli said. 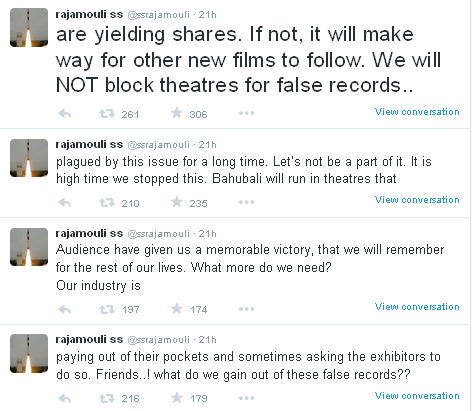 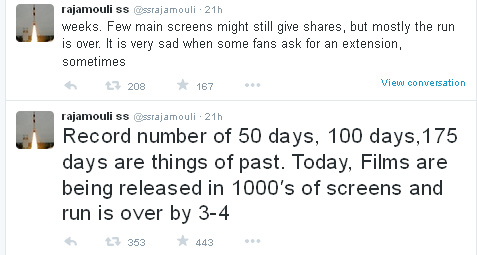 Rajamouli is such a director, who believes and loves cinema. He does not show even a mild difference between his films or other films, he treats whole industry as one. In the past, he was the one, who came forward to declare that Attharintiki Daredi movie crossed Magadheera records.

In fact when Pawan Kalyan applauded Baahubali movie, responding to him, Rajamouli said, if Pawan Kalyan has chosen a right film, the Telugu film might have crossed Rs.100 crores long back and further said that Pawan still holds the opening day collections record.  Along with this, he applauds most of the Telugu movies, when a poster, teaser or any such is released.

Along with technical brilliance, Rajamouli even has a mental brilliance and that is making him to rule the Tollywood on an empty road, with no competition behind. Hats off to Rajamouli, the pride of Telugu cinema.