Filming of Allu Arjun's next film "Race Gurram" under the direction of Surender Reddy that has been going on quite for sometime
https://www.andhrawishesh.com/ 30 Nov, 2013 30 Nov, 2013 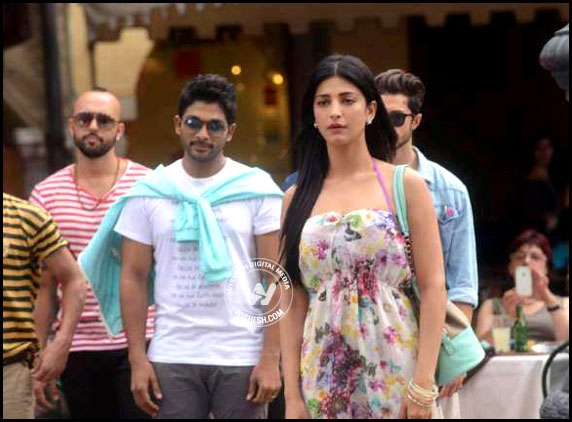 Filming of Allu Arjun's next film "Race Gurram" under the direction of Surender Reddy that has been going on quite for sometime without much publicity is going to finish shooting part within two weeks time.

Race Gurram which is a working title for the movie is at present engaged in filming climax scenes with fightings at Jedcherla.

Allu Arjun is fighting with the villain of the film Ravi Kishan. Some comedy scenes are also being shot.

The pace at which the film ‘Race Gurram’ is going it can be estimated that the movie will be released only after the Sankranti rush- somewhere in February March of next year.

Shruti Haasan is pairing with Allu Arjun in Race Gurram. Shaam is playing a key role in the movie. Thaman is composing music for the film.