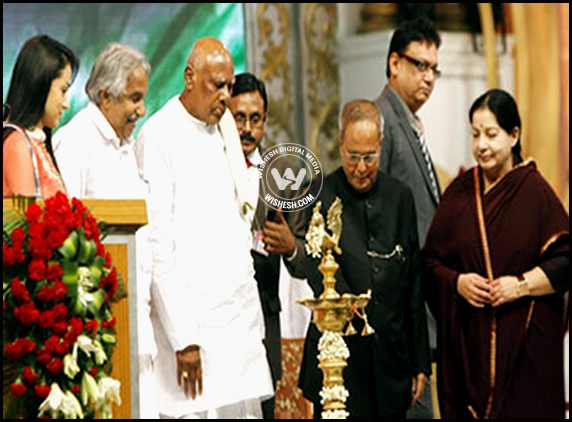 The celebration of 100 years of cinema concluded yesterday in a grand way at Chennai last night.

The celebrations that had been going on since four days in Nehru Stadium, Chennai came to the concluding day which was attended by the President of India Pranab Mukherjee as chief guest.  The concluding program started after the President lit the light.

The President said that the Indian Cinema occupied a prominent place in the world cinema.  He remembered on the occasion the contributions made by the actors MGR and NTR, Shivaji Ganeshan and Rajkumar and producers Nagi Reddy and L.V.Prasad who laid foundation for the South Indian cinema.

Many cine stars and directors were felicitated on the occasion.