Ravi Teja acted 'Balupu' has gone through the Censor Board's scrutiny and obtained U/A certificate on Monday and it made the path clear for its release on 28th June.
https://www.andhrawishesh.com/ 25 Jun, 2013 25 Jun, 2013 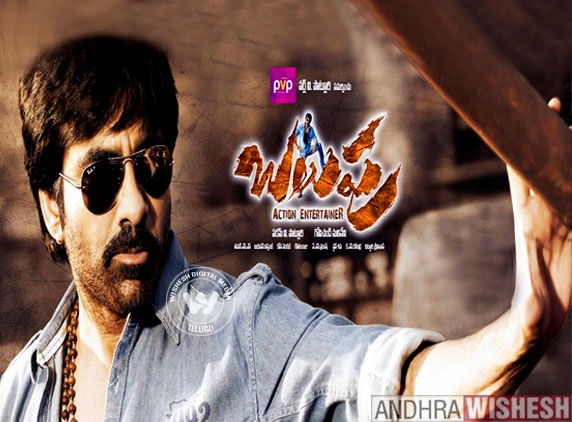 Ravi Teja acted 'Balupu' has gone through the Censor Board's scrutiny and obtained U/A certificate on Monday and it made the path clear for its release on 28th June.

The movie trailer, in which a dialogue that irritated Brahmin Community is existent, is said to have been removed from it.    As the movie under the direction of Gopichand Malineni has all the ingredients to keep the audience amused, the controversial dialogue may not be necessary to get hype to it.

With Shruti Hasan, Lakshmi Rai and Anjali showing their prowess in the glamour contest and Brahmanandam and Ali making the bones of the audience tickle and above all dominating Ravi Teja’s performance, as the film unit says is, going to make the movie a big hit.  Thaman’s music is already a hit on audio.