Our favorite Mean Girl Lindsay Lohan candidly talked about her perceived substance abuse problem in an interview with Daily Mail.
https://www.andhrawishesh.com/ 06 May, 2013 06 May, 2013

Lindsay's Lohan Daily Mail Interview: For Your Eyes Only...!

Lindsay's Lohan Daily Mail Interview: For Your Eyes Only...! 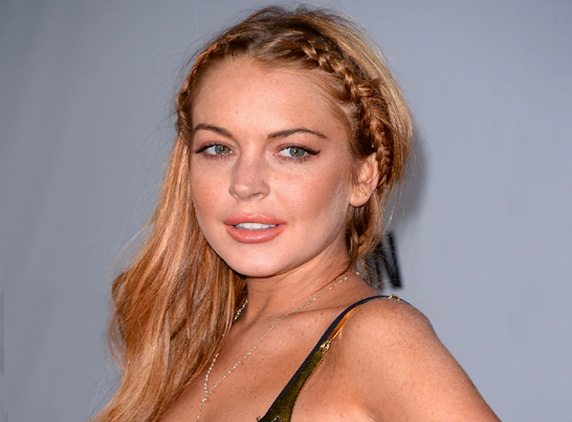 Our favorite Mean Girl Lindsay Lohan candidly talked about her perceived substance abuse problem in an interview with Daily Mail. she said   she's not a big drinker, has only done cocaine 4-5 times in her life and  never done LSD, heroin or anything you have to take intravenously.

She also swears she does not have a substance abuse problem and does not need rehab - which she finally checked into last week - for 90 days.

Following are the key points of the classic interview for your eyes only:

“The media loves to make a huge deal out of nothing, mostly, and I'm great.”

"I don’t think I need to be on lockdown for three months. I don’t think that’s rehab," the 26-year-old says. "I’ve been court-ordered to do it six times."

"I could write the book on rehab. Constantly sending me is pointless. The first few times I was court-ordered to rehab it was like a joke, like killing time."

"They just ask me the same old questions I’d answered before."

"I think there are other things I could do instead. The best thing they could do would be to make me go abroad to different countries and work with children."

Li-Lo also claims that she hasn't taken any drugs (besides her beloved Adderall) in a year and can give up drinking any time she wants.