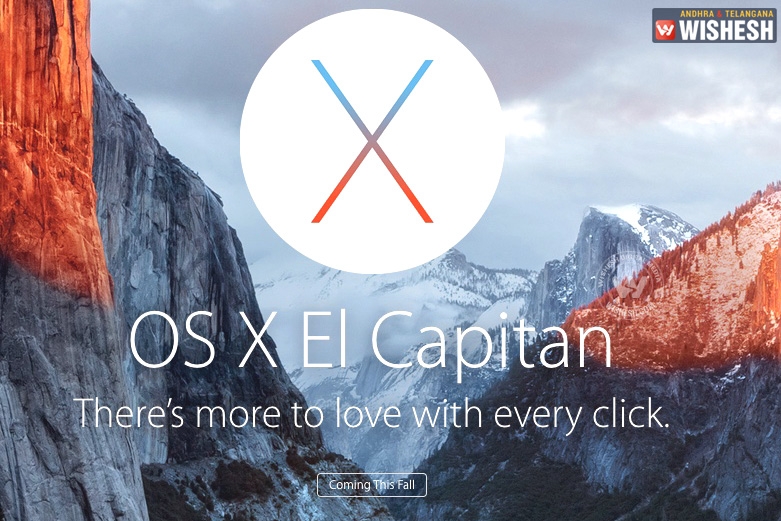 OS X El Capitan, Apple's latest operating system, was released and all the expert reviews are positive about the OS.

As per the latest operating system, app launching can be done faster, split-screen viewing and the ability to manage notes on all Apple devices via iCloud can be done efficiently.

The latest Apple update comes as the tech users mostly rely on the tablets and the smartphones. However, desktop users, laptop users and apple users end up as second fiddles to those devices.

According to Ars Technica, a technology website, “OS X is more significant to the Apple's strategy, the one where the company wants to trap you so thoroughly in its ecosystem that you can never leave. But it does not get to lead the charge anymore.”

Reacting on the issue, Eric Schiffer, a tech investor and CEO of Patriarch Equity said, “While El Capitan, may be a win for the tech giant, it won't be enough to move the needle on Apple's stock. But I feel that, it will support the people to retain their Macs.

“I don't think you are going to see a change in the stock price. But it will make sure that, they continue to enjoy the experience, which overall long term is good for Apple.”

“The recently released Windows 10 operating system by the Microsoft is good to some extent, but the same cannot convince the Apple users to to switch to computers running Windows,” Schiffer said.