Is Chocolate Good for You?

Is Chocolate Good for You? 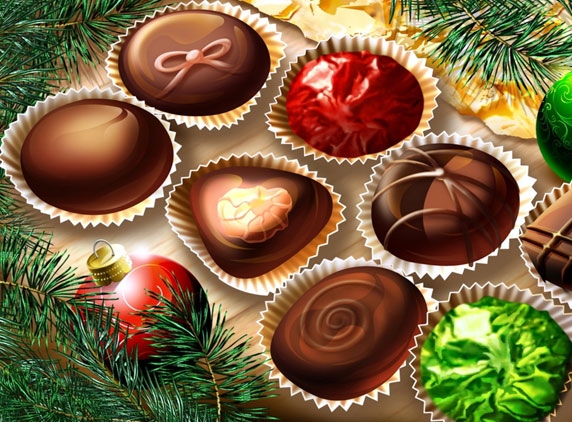 According to the German chemist, Baron Justus von Liebig, (1803-1873): "Chocolate is a perfect food, as wholesome as it is delicious, a beneficent restorer of exhausted power...". These are sentiments with which most modern palates can identify! Chocolate, and by that I mean the quality stuff, has become a highly sophisticated, very adult and often daily indulgence.

Throughout its glamorous history, however, chocolate has always been a much-coveted commodity. Chocolate has its origins in a bitter, dark beverage that was first enjoyed by the Mayans and Aztecs of Central America, over 3,000 years ago. Later, during the sixteenth century, Columbus introduced cocoa beans to Spain. From then on, a passion for chocolate swept through the noble houses of Europe. Chocolate first reached England in the 1650s, but it remained an expensive luxury for at least another 200 years. Interestingly, however, it was not until the beginning of the nineteenth century that chocolate was produced in solid form for eating; and to this day, chocolate has remained synonymous with the good things in life.

But now for the real chocolate icing on the cake...

Several recent scientific studies have come up with encouraging news for chocoholics. A body of research, for example, suggests that eating a daily portion of chocolate may help maintain a healthy circulation, thanks to the naturally occurring compounds in chocolate called flavanols. Based on these findings, a number of chocolate manufacturers are introducing new production procedures designed to retain the optimum levels of flavanols in their chocolate. They are taking the matter very seriously indeed. Many restaurateurs are also jumping on the bandwagon of chocolate respectability by serving up chocolate concoctions that simply cannot be ignored. Morgan Meuniers's Islington restaurant, for instance, even offers a choice of cocoa content for its chocolate moelleux desserts, ranging from 45% milk chocolate to 70% dark. Other restaurants have introduced their own spin on the chocolate issue and any chef worth his or her cocoa beans uses only the very best quality chocolate in their signature chocolate-based creations.

So, if you thought that chocolate was wicked and no more than a pure indulgence, think again. Here are some fascinating findings that will have you reaching for chocolate in any shape or form:

Research published in the highly respected "Journal of the American Medical Association" reveals that chocolate is good for cardiovascular health. In clinical trials subjects who consumed just 25 grams a day of semi-sweet dark chocolate, which is rich in flavanols showed significant reductions in the platelet activity that causes blood components to stick to the blood vessel walls and impede blood flow. A small daily portion of chocolate, however, may help promote normal blood flow and maintain a healthy cardiovascular system as well as reducing the risk of developing blood clots.

Other studies have revealed that the flavanols found in chocolate may help decrease the oxidation of "bad" cholesterol (LDL, Low Density Lipoproteins). Oxidised LDLs increase the build up of plaque on the lining of blood vessel walls. When this happens blood flow is restricted, which may result in the development of conditions such as high blood pressure, atherosclerosis and other types of heart disease.

Important European research has also shown that dark chocolate has greater anti-oxidant properties that can protect us from a whole range of life threatening diseases including heart attack and possibly even cancer. But, researchers at the University of Glasgow and at Italy's "Institute for Food and Nutrition Research" concluded that volunteers had to eat twice as much milk chocolate as dark chocolate to obtain the same levels of antioxidants. Further research is ongoing to establish whether dairy products consumed in combination with dark chocolate may actually reduce its antioxidant effects.

In all these various studies, dark chocolate, which is higher in flavanols, appeared to contain greater health-giving properties than milk chocolate.

Ultimately, as with all good things in life, moderation is called for when it comes to chocolate consumption, largely due to its high saturated fat content. But, hey, it can't be all bad! On the contrary; we now know that chocolate, with its reliable feel good factor can also make us fell fit and well.

benefits of chocolates  benifits of watermelon  good food for health  passion for chocolate  chocolates for food.