Honda Accord Hybrid is 'Green car of Year' for 2014

Honda Accord Hybrid is 'Green car of Year' for 2014 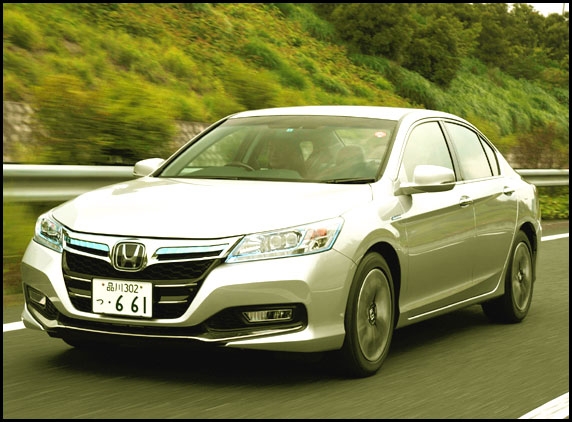 Honda Accord Hybrid has emerged as the  'Green car of Year' for 2014. The other contestants for this award were the diesel-powered BMW 328d and Audi A6 TDI, and the Toyota Corolla and Mazda3, both powered by gas. According to reports, the title was given at the Los Angeles Auto Show by an auto industry magazine.

The hybrid version of Honda Accord is gas-electric powered, but also has a petrol-run internal combustion engine. This feature is the reason why Hybrid was selected for the award, reported the stuff.co.nz. The price and great petrol mileage of Honda Accord Hybrid has made a positive impact on environment, according to Ron Cogan, editor and publisher of Green Car Journal.