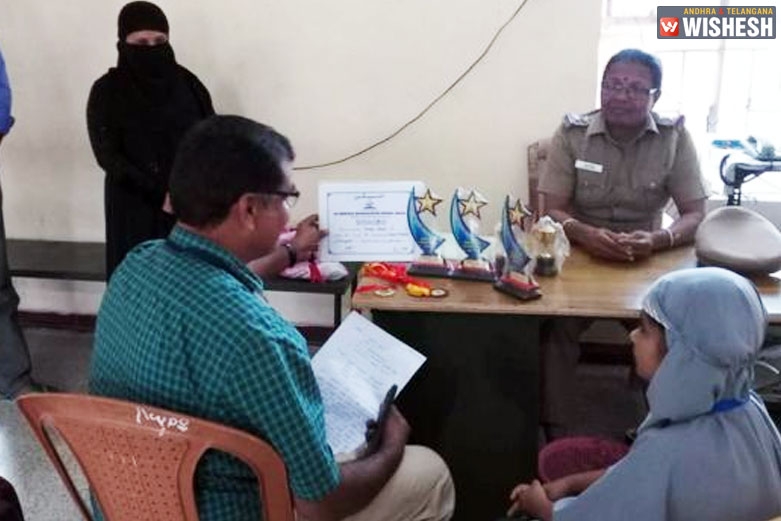 Seven Years Girl Has A Complaint Against Her Father For No Toilet At Home:- A seven-year-old girl from Tamil Nadu filed a complaint with the cops against her father for not building a toilet in her home. She said that her father promised of a toilet at home but cheated her. The girl has been identified as Hannifa Zara. The cops have been left surprised with the girl's complaint. Hannifa requested her father Ehsanullah to build a toilet from the past few years. Her father promised a toilet if she studies well.

Hannifa scored well in her class but her father did not keep his promise complained the small girl. She stopped talking to him from some time and registered a complaint. Ambut Municipality promised a toilet for the family at the earliest. "I am on the top in class since nursery and I am studying second standard currently" said Hannifa.