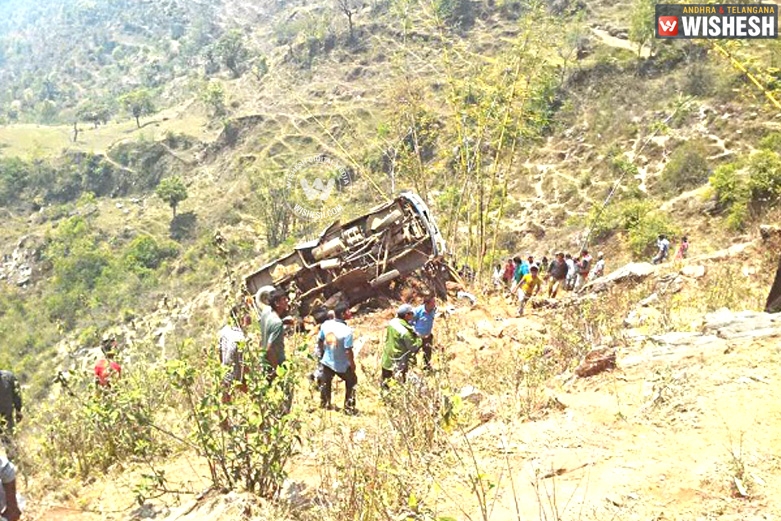 At least 24 lost lives and 30 were injured in a bus accident in Khotang, Nepal.

A passenger bus en route to Kathmandu from Diktel, the district headquarters of Khotang, skidded off the road and plunged about 150 meters at Barkhetar of the district.

Among 24 dead, 17 are male and rest are females and 15 identities have been ascertained as of now.

After conducting the investigation, the police said that, the accident took place  while the bus was trying to skirt a pile of stones on the roadside. The dead bodies have been retrieved from a steep cliff and a stream while the bus remains stuck in a bamboo grove.

Nepal Army chopper has airlifted the injured passengers to Kathmandu, for the further treatment.

"We have airlifted 23 critically injured to Kathmandu as treatment were not possible in Halesi," said Madan Neupane, chief of Mude-based Sher Battalion of the Nepal Army.

Among the 23 airlifted, 12 are undergoing treatment at the Tribhuvan University Teaching Hospital, 3 at Green City Hospital, 3 at B&B Hospital, 2 at Bir Hospital and another one at Nepalese Army hospital in Chhauni. The rest of the seven, who are slightly injured, are taking the treatment at a health post in Khotang.

The dead bodies have been taken to the district hospital at Diktel for post-mortem. In terms of the number of deaths an injuries, this accident is being considered as the biggest one, the officials say. The incident site is about 10 miles away from the district headquarters, Diktel. 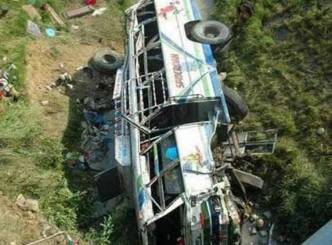 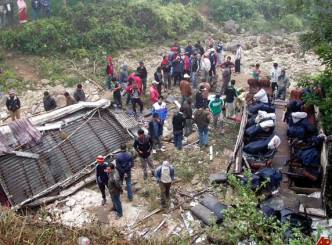 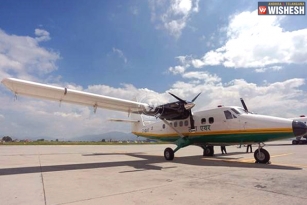