Indians take second highest sick leaves in the world, Find out the latest news from andhra and the India in Andhrawishesh, Kronos, causes of stress, sick leaves, HR related, The Australian workforce managers Kronos delivered stunning results in their survey conducted on employees availing sick leaves and India was noted as the second worst country in the world.
https://www.andhrawishesh.com/ 08 Sep, 2011 08 Sep, 2011 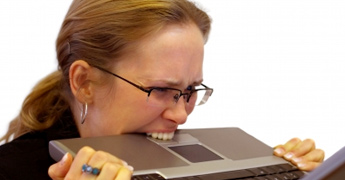 The Australian workforce managers Kronos delivered stunning results in their survey conducted on employees availing sick leaves and India was noted as the second worst country in the world when it comes to workers availing of sick leave, even when they are not ill.

The survey conducted across Australia, China, France, the UK, India, Mexico and the US, found China taking first place at 71 per cent, followed by India at 62 per cent and then Australia at 58 per cent.

The main reason attributed was feeling stressed, the number one cause for sick leaves. The survey suggested that managers needed to recognise the causes of stress.

Kronos has also designed some austere measures to reduce the amount of sick leaves. Like the option of flexible working hours, choice to take unpaid leave if required, and the ability to work from home were the three most desired attributes when it comes to what employers can offer their staff in order to help them manage work/life balance, reduce stress and restrict the  number of sick leaves taken by an employee.

The survey looks at which regions have the highest rates of absenteeism, how the rest of the workforce is affected and what employers can do to better manage the problem.  Almost two-thirds of Aussie workers surveyed felt their employers should introduce flexible working hours.